When Lena Taupier first attended the AWS DeepComposer workshop at re:Invent 2019, she had no idea she would be the winner of the Spin the Model challenge. Lena, a software developer for Blubrry, helps lead the company’s cloud infrastructure and applications development team. She also has her own blog in which she creates tutorials to make AWS skills more accessible. She describes herself as an ML novice and never would have thought she’d be experimenting with machine learning today.

We interviewed Lena about her experience competing in the second Chartbusters challenge, which ran from July 31 to August 23, and asked her to tell us more about how she created her winning composition. 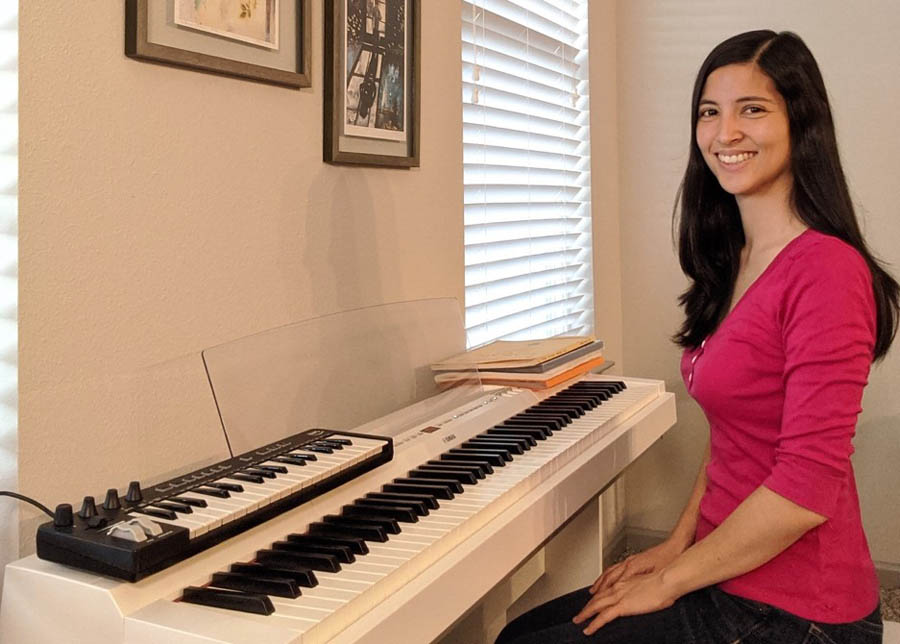 Lena with her AWS DeepComposer keyboard

Lena has a background in classical piano, so when she first learned about AWS DeepComposer, she was intrigued to learn more.

“When I was younger, I studied classical piano pretty seriously and I still enjoy playing piano very much. I was at re:Invent last year when AWS DeepComposer was announced, and I was so excited by the thought of learning about AI while creating music. I ended up waiting in line for several hours to attend one of the demo sessions, but I was so eager to try it out that I didn’t even mind!”

Lena first heard about the AWS DeepComposer Chartbusters challenge through the AWS blog, and thought the challenge was a great way to get started with ML.

To get started, Lena used the AWS DeepComposer learning capsules to learn more about AR-CNN models. The learning capsules provide easy-to-consume, bite-size content to help you learn the concepts of generative AI algorithms.

“The first thing I did was to go through the learning capsules about autoregressive convolutional neural networks and how to train AR-CNN models. It was a great resource for learning about different generative AI techniques.”

The Chartbusters Spin the Model challenge required developers to get creative and make a custom genre model by bringing their own dataset to train. Lena drew from her own background, having grown up in St. Lucia, a city with a history of oral and folk traditional music.

“Once I had a good understanding, I started brainstorming about what kind of music I wanted to use to train my model. I’m from St. Lucia, a small island in the Caribbean, where there is a rich history of unique music, so I thought it would be interesting to incorporate songs from there. I decided to create some of my own music clips inspired by Calypso and St. Lucian folk music to supplement my dataset.” 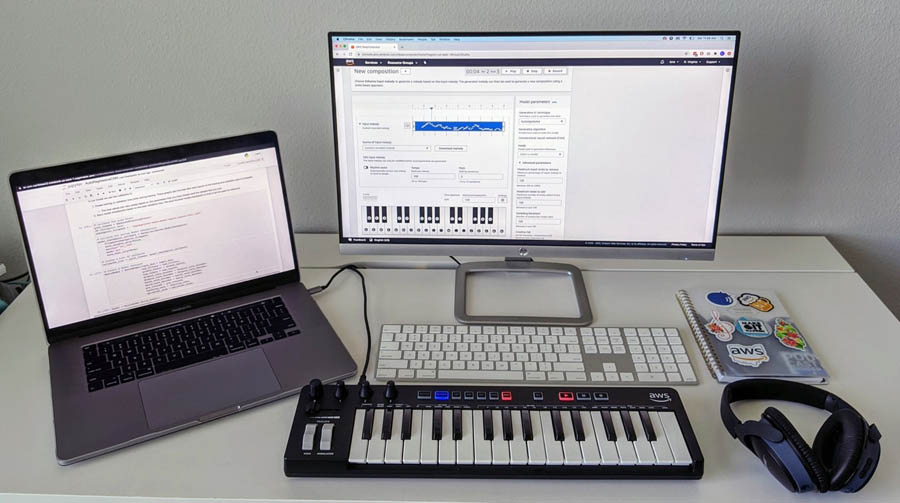 “Once I had my dataset, I created a Jupyter notebook within Amazon SageMaker, using the repository provided as a starting point. I experimented with the hyperparameters and then let the training run overnight because I knew it would take many hours to process. The next day, I was finally able to use my trained model to make new music!”

Lena used her AWS DeepComposer keyboard and the music studio to generate different melodies and compositions until she was satisfied with her two final compositions.

“I submitted two AI-generated songs. The main theme in “Little Banjo” was inspired by a famous St. Lucian folk song. Layered on top of the melody generated by my AR-CNN model, I also used the MuseGAN Rock model to generate additional instruments for accompaniment. The other song is meant to resemble the style of Calypso, and has a rich beat with trumpet lines to complement the melody. I named it “Home Sweet Home” because I started feeling nostalgic about home after listening to so much St. Lucian music for this project!” 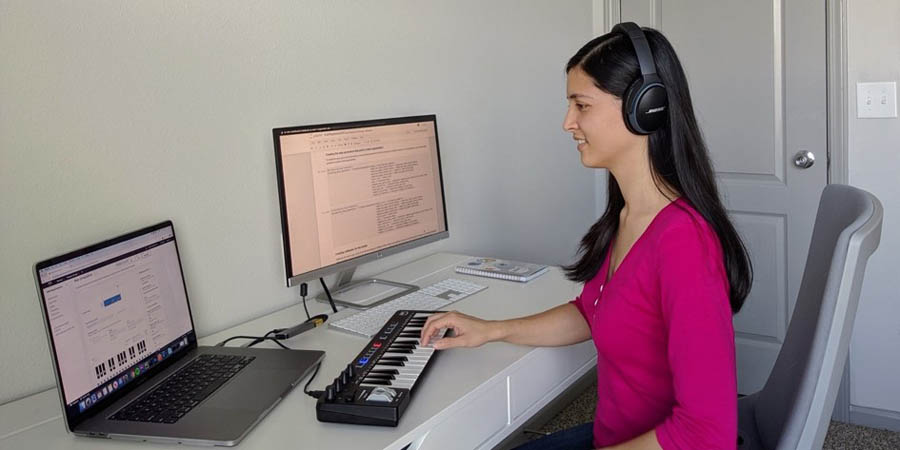 Lena working on her compositions in the AWS DeepComposer console

You can listen to Lena’s winning composition, “Home Sweet Home,” on the AWS DeepComposer SoundCloud page.

The AWS DeepComposer Chartbusters challenge Spin the Model helped Lena learn about generative AI through a hands-on and fun experience.

“By participating in this challenge, I was able to learn a lot about different generative AI techniques in a very hands-on way, which is the best way to learn. As someone with very little experience in AI and machine learning, it was a great feeling of accomplishment to be able to train a custom AR-CNN model and actually generate results.”

“I think AWS DeepComposer is such a great tool for reducing the barrier of entry into machine learning and making those concepts accessible to more people […] Even just a few months ago, I never would have thought I’d be experimenting with AI/ML. This challenge was such a great learning experience! I know there’s so much more to learn so I will definitely continue to explore and dive deeper.”

Her advice to future competitors? Now is the time to get started with ML.

“As a developer, I think it’s such an exciting time to have access to the cloud, because it really widens your horizons on what you can do […] The Chartbusters challenge is the perfect opportunity to get involved and start learning in a fun, creative, and hands-on manner!”

Congratulations to Lena for her well-deserved win!

We hope Lena’s story has inspired you to learn more about ML and get started with AWS DeepComposer. Check out the next AWS DeepComposer Chartbusters challenge, The Sounds of Science, running now until September 23.