Building Windows containers with AWS CodePipeline on AWS GovCloud (US)

Many AWS GovCloud (US) customers and their partners use AWS CodePipeline and AWS CodeBuild to build Continuous Integration/Continuous Deployment (CI/CD) pipelines on AWS. Building on AWS GovCloud (US), however, introduces a few restrictions, not present in other AWS Regions, when implementing pipelines for Windows container applications.

In this blog post, I will explain what these restrictions are and how to overcome them, and then walk you through a technical solution that you can further extend.

CodeBuild has supported Windows builds since 2018 through Windows Server container images; nonetheless, this support is limited to a specific number of Regions. Currently, the AWS Regions that support Windows Server Docker images are:

I will walk you through a solution to build Windows containers using Amazon EC2 Windows Server instances orchestrated by AWS Systems Manager Automation, two services that are supported on AWS GovCloud (US) Regions.

The following diagram shows the steps and actors involved during the execution of the solution: 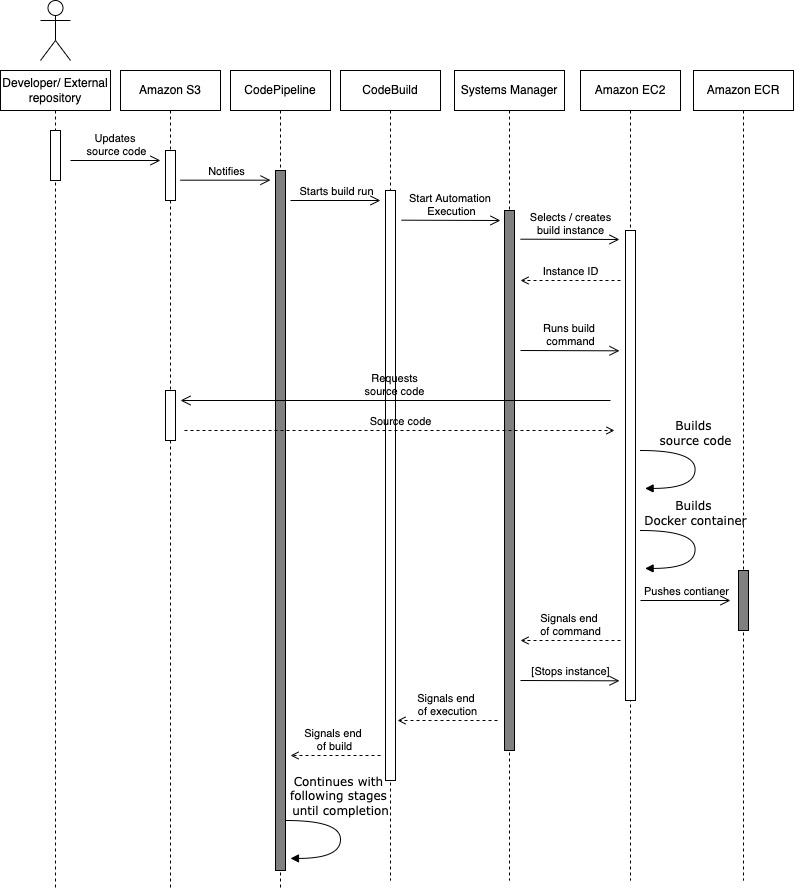 Figure 1: Sequence diagram for the solution

Following is the description of the previous diagram:

The following diagram shows the components involved in the solution: 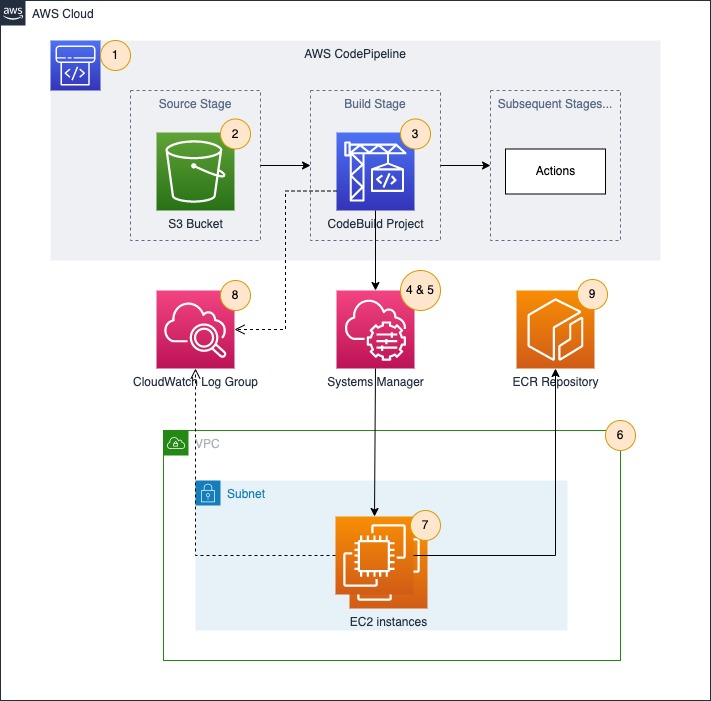 Figure 2: Architectural diagram for the solution

This blog post is accompanied by a GitHub repository where you will find an AWS CloudFormation template you can use to deploy the entire solution. I will be referencing that template throughout the rest of the post.

In this solution, there are three main components of the build process to focus our attention:

There are two main ways in which you can customize a build agent in this solution:

Simply launch a Windows Server Amazon EC2 instance, configure it in a way that is appropriate for your environment, then add the tag aws-blog:codebuild:agent-pool with the value defined on the Build agent pool CloudFormation stack parameter.

Note: You can replace the aws-blog prefix of these tags with something more meaningful for you. To do this, simply replace that text in the accompanying CloudFormation template.

You have some options on how to create an AMI. One option is to create it from an existing EC2 instance and another is to use EC2 Image Builder.

Using EC2 Image Builder provides greater flexibility, especially when it comes time to update some dependencies or the base OS. Read this blog post that talks about how to Speed up Windows container launch times with EC2 Image Builder and image cache strategy for more information.

Once the new AMI is ready, replace the value in the Build agent AMI ID parameter of the CloudFormation stack with the AMI ID, and make sure to terminate all existing agents so that Systems Manager can create a new one.

Regardless of how the build agents were created, you must make sure there is connectivity between the agents and AWS Systems Manager, Amazon CloudWatch, Amazon S3, and Amazon ECR. You can follow any of the following configurations to achieve this:

Agent pools are nothing more than a set of Amazon EC2 instances that can be randomly selected to run a build job. The main component in charge of orchestrating build jobs and agent pools is the Systems Manager Automation runbook named WindowsBuildAgentRunbook, which is inside the accompanying CloudFormation template. Following is an excerpt of its definition:

Most of the parameters received by the Automation runbook are set by the parameters of the CloudFormation stack. The following parameters are set at runtime when CodeBuild starts the automation execution:

This Automation runbook follows the workflow process below in order to obtain a valid build agent and run a build job:

Following is the description of the previous diagram:

The previously mentioned Step 4 enables support for multiple agents within a single agent pool. When Systems Manager finds more than one instance in the same agent pool, it will pick one randomly so that the load can be distributed more evenly across the pool. The agents in the pool could have been created manually by this Systems Manager Automation runbook or created by another process.

The build commands are separated into an independent Systems Manager Command document in order for them to be maintained independently from the orchestration logic. The Command document can be found in the accompanying CloudFormation template under the name WindowsBuildDocument, shown here:

All parameters in this document are set at runtime when the Automation runbook starts this command.

Note: The commands contained in the Command document shown previously were adapted to work with the sample app accompanying this blog post.

To modify these steps to accommodate your own code, you can do it either in the CloudFormation template or through the AWS Management Console, creating a new version of the existing Command document and setting it as the default version.

Now it’s time to integrate all of the components and create a single unified CI/CD pipeline. You will use a combination of CodePipeline and CodeBuild to achieve this.

AWS CodePipeline is a continuous delivery service that you can use to model, visualize, and automate the steps required to release your software. In this solution, CodePipeline is used to:

AWS CodeBuild is a fully managed build service in the cloud that reduces the need to provision, manage, and scale your own build servers. In this solution, CodeBuild is used as a bridge to connect the build orchestration process defined in System Manager with CodePipeline.

A fully configured pipeline is already defined in the accompanying CloudFormation. In the following section, I am going to explore only the most important details of each stage.

Source stage of the pipeline

The Source Stage is configured with a single Amazon S3 action, configured as follows: 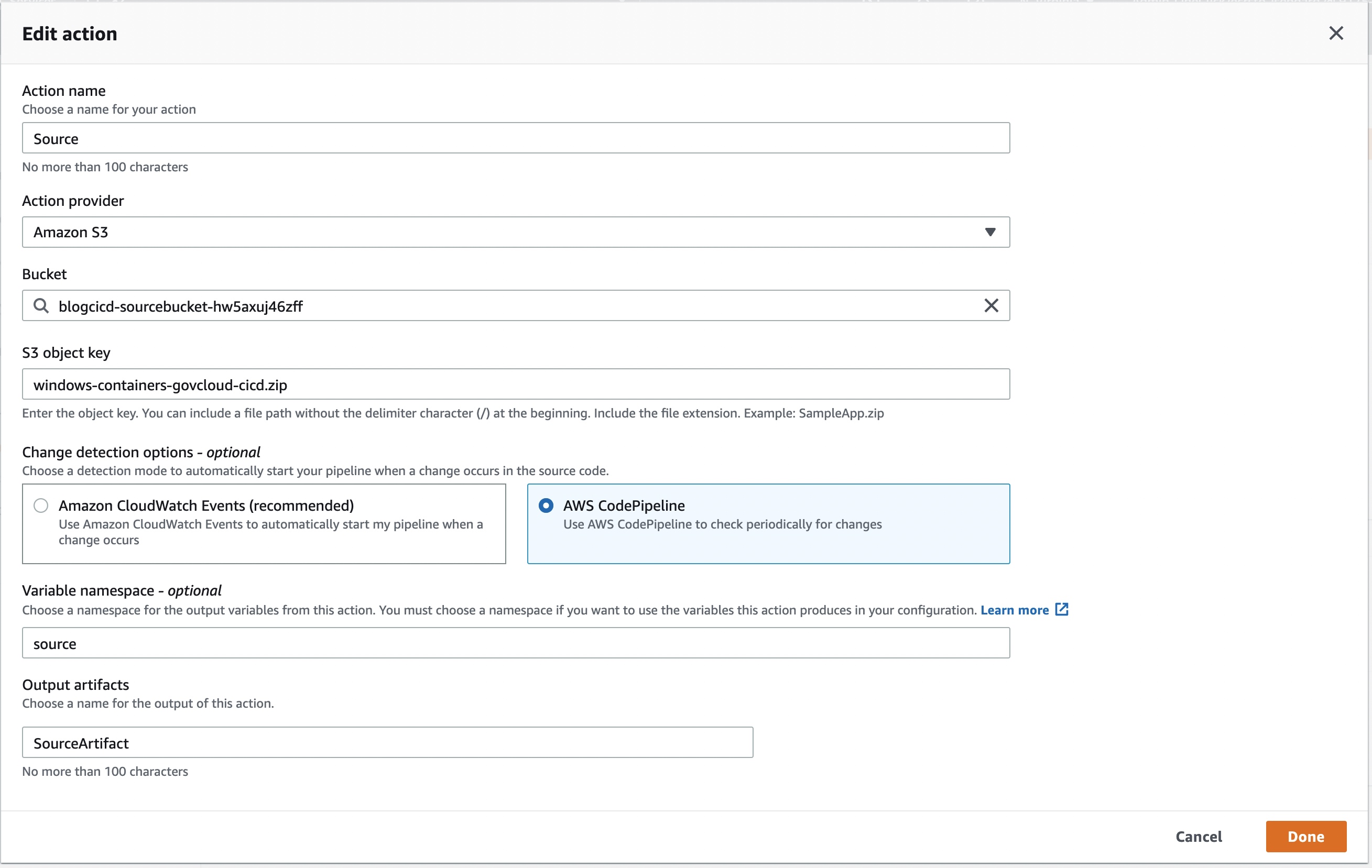 Build stage of the pipeline

The Build Stage is configured with a single AWS CodeBuild action, configured as follows: 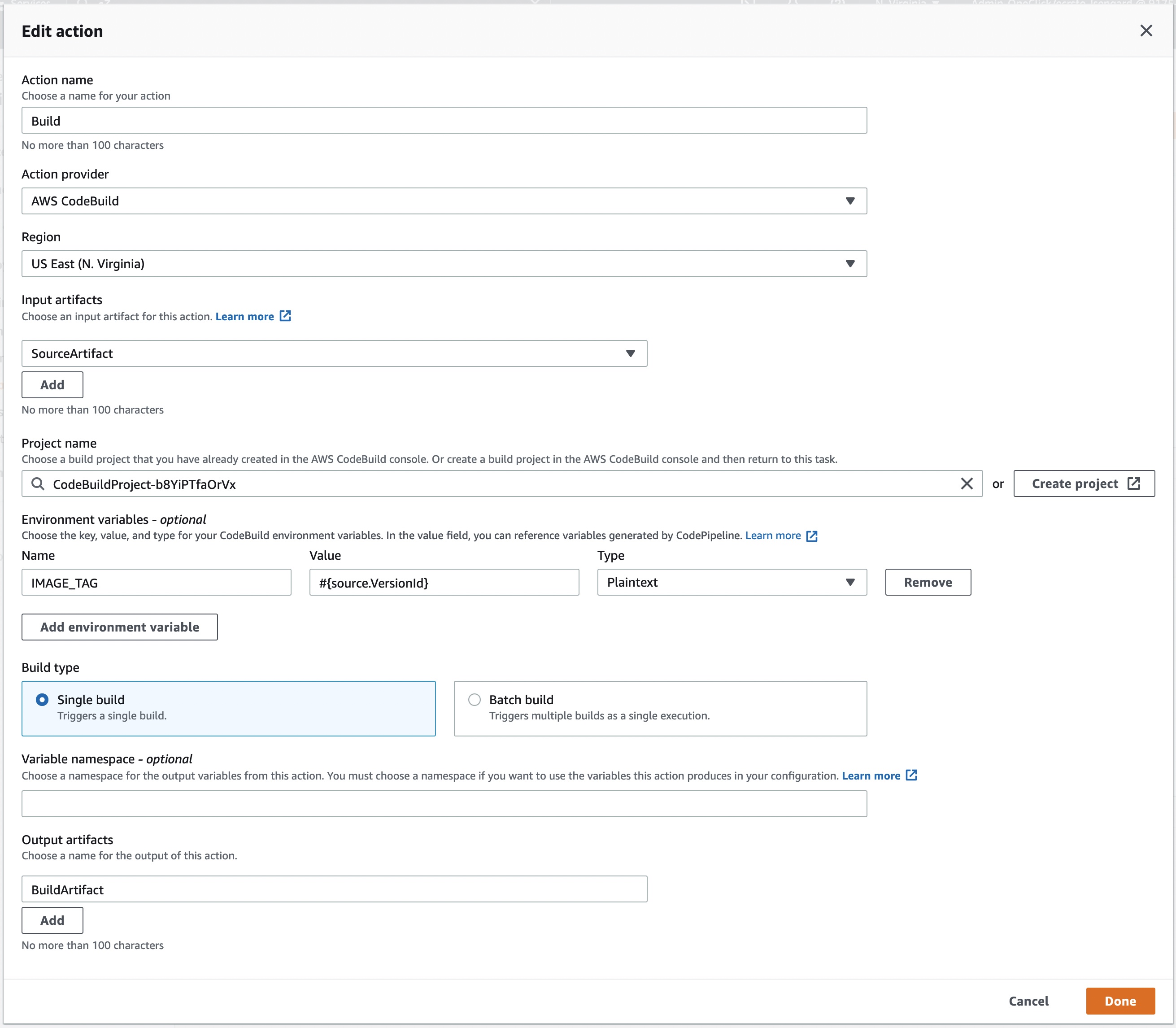 CodeBuild is used in this solution as a bridge to connect and control the execution of the Automation runbook used for orchestrating build jobs and build agents and the CI/CD pipeline. When a new build run is started, CodeBuild runs the following actions:

The CodeBuild project is defined inside the accompanying CloudFormation under the name CodeBuildProject. The following is an excerpt of its definition:

Putting it all to the test

Note: The Build agent Subnet ID and Build agent Security Group ID(s) parameters need to be related to the same VPC; otherwise, there will be an error when trying to create a new build agent.

Once the CloudFormation stack is deployed successfully, in order to start the build process, upload the source code you want to build as a zip file into the newly created Amazon S3 bucket.

I have put some sample code in the GitHub repository that you can use to test the solution. Download and zip the contents of the folder /src/sample-app/, naming It the same as the value of the Source code S3 object key parameter in the CloudFormation template (by default windows-containers-govcloud-cicd.zip), and upload it to the Amazon S3 bucket.

After you upload the file into your Amazon S3 bucket, you can navigate to the CodePipeline Console to see your pipeline running. If it is not running, try waiting a few seconds or try releasing a new change manually by clicking on the Create pipeline button on the top right.

Selecting the name of the pipeline will display the progress for each of its stages. Once the Build stage is in progress, you can select Details to see the output of the CodeBuild project. 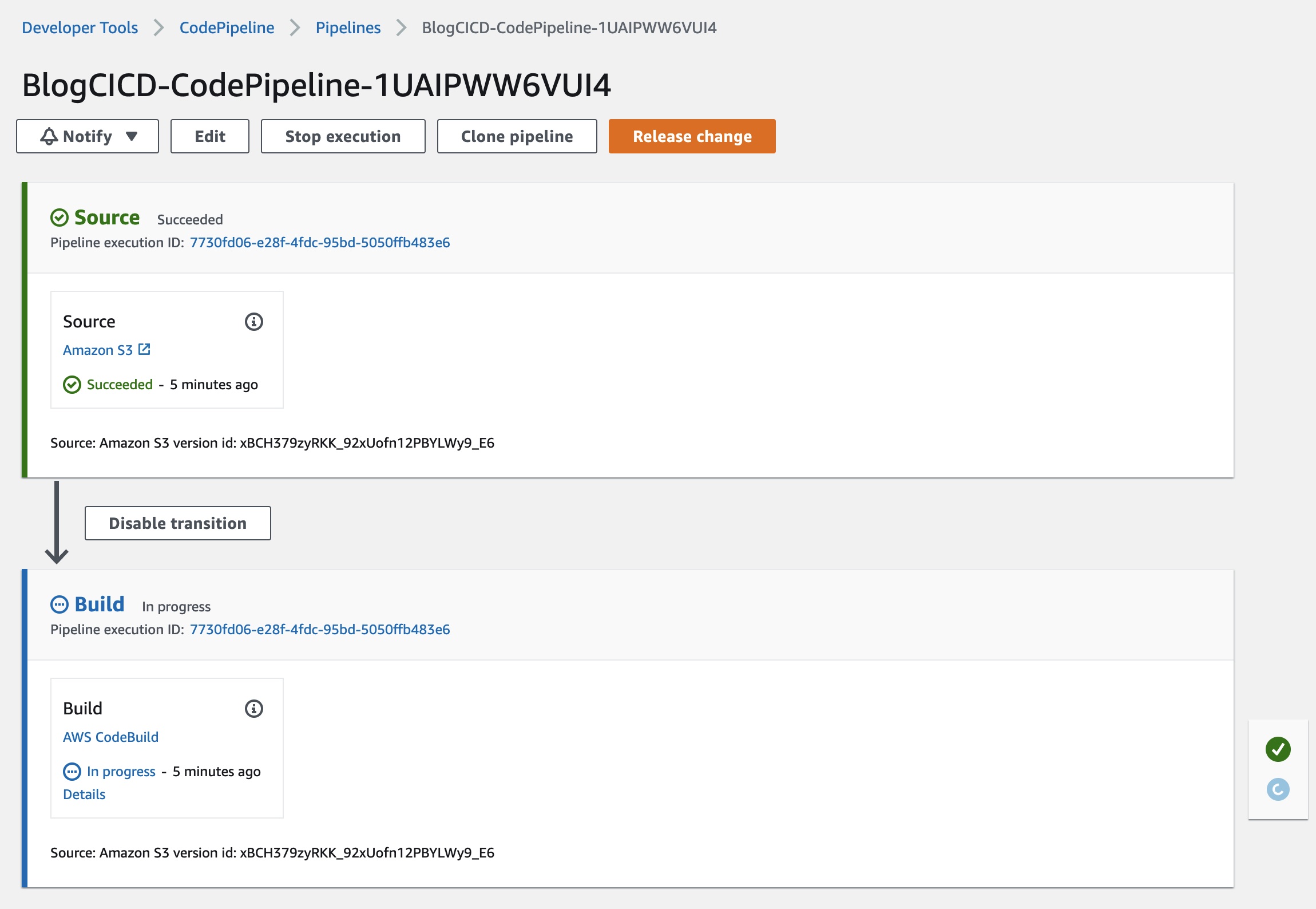 On the CodeBuild project run console, when you see on the Build logs the text Running command COMMAND="aws ssm describe-automation-executions --filters Key=ExecutionId,Values=$EXECUTION_ID" it means that the Systems Manager Automation runbook is already running.

To see the logs from System Manager, navigate to the AWS Systems Manager Automation Console. You should see an automation in progress. To see more details, select the Execution ID you want to explore.

In this new page, you can see which step the Automation runbook is currently on. 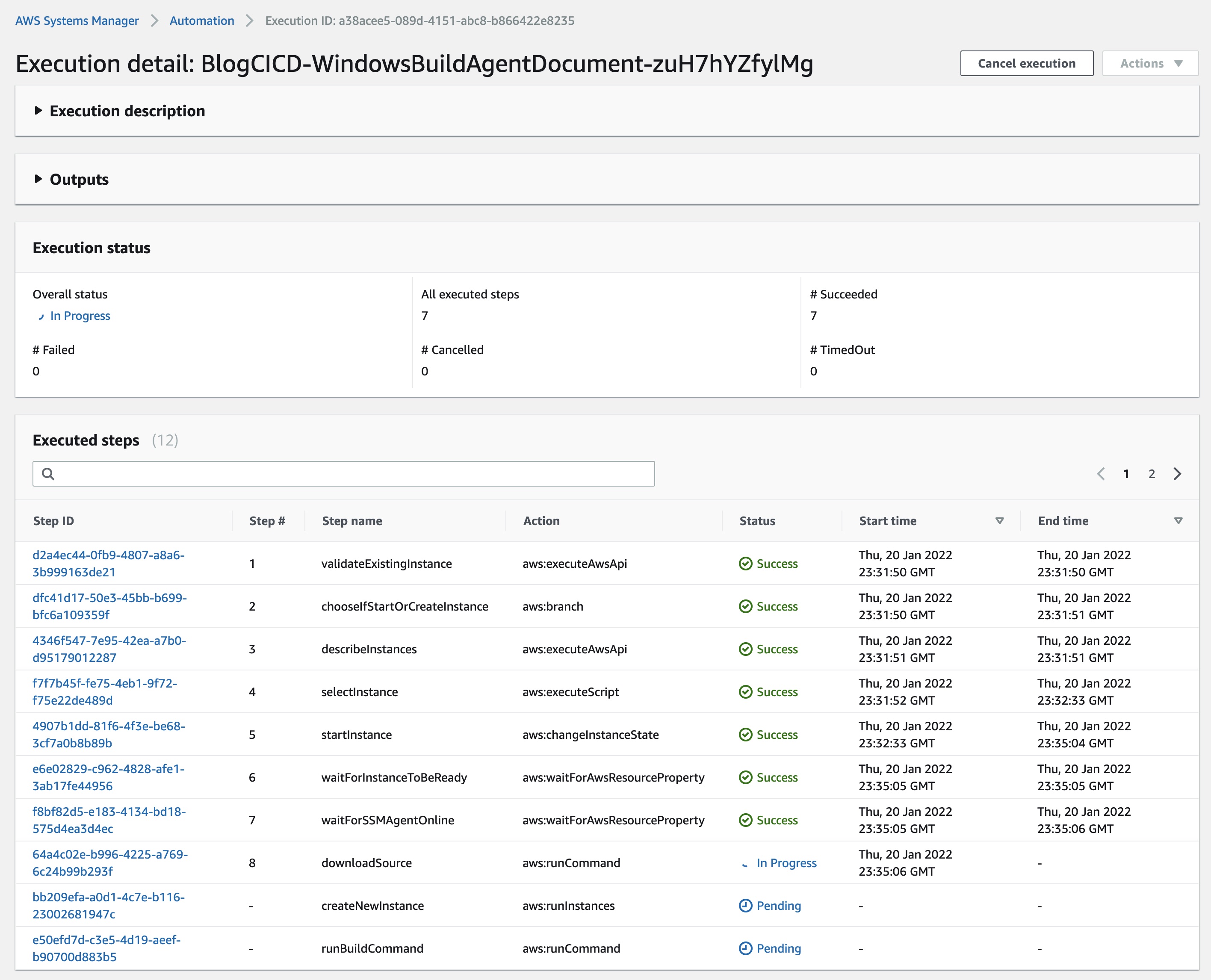 Figure 10: Status of step execution for a Systems Manager Automation 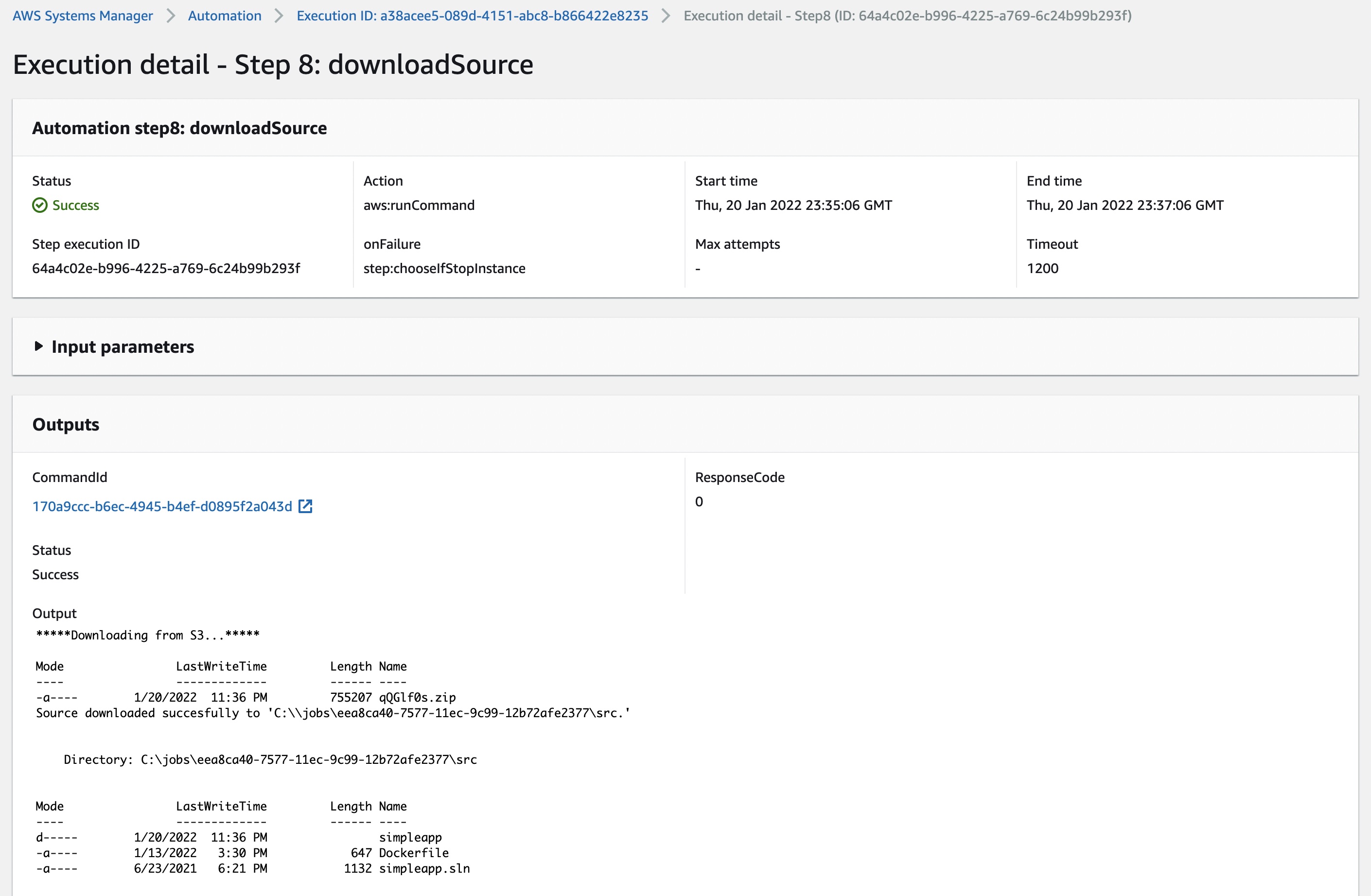 Figure 11: Details of a step in Systems Manager Automation

To see the logs of a step that is in progress, navigate to the Amazon CloudWatch Log Groups Console, and select the log group created as part of the CloudFormation stack.

You can also explore the most recent Log stream to see the logs as they are being captured. 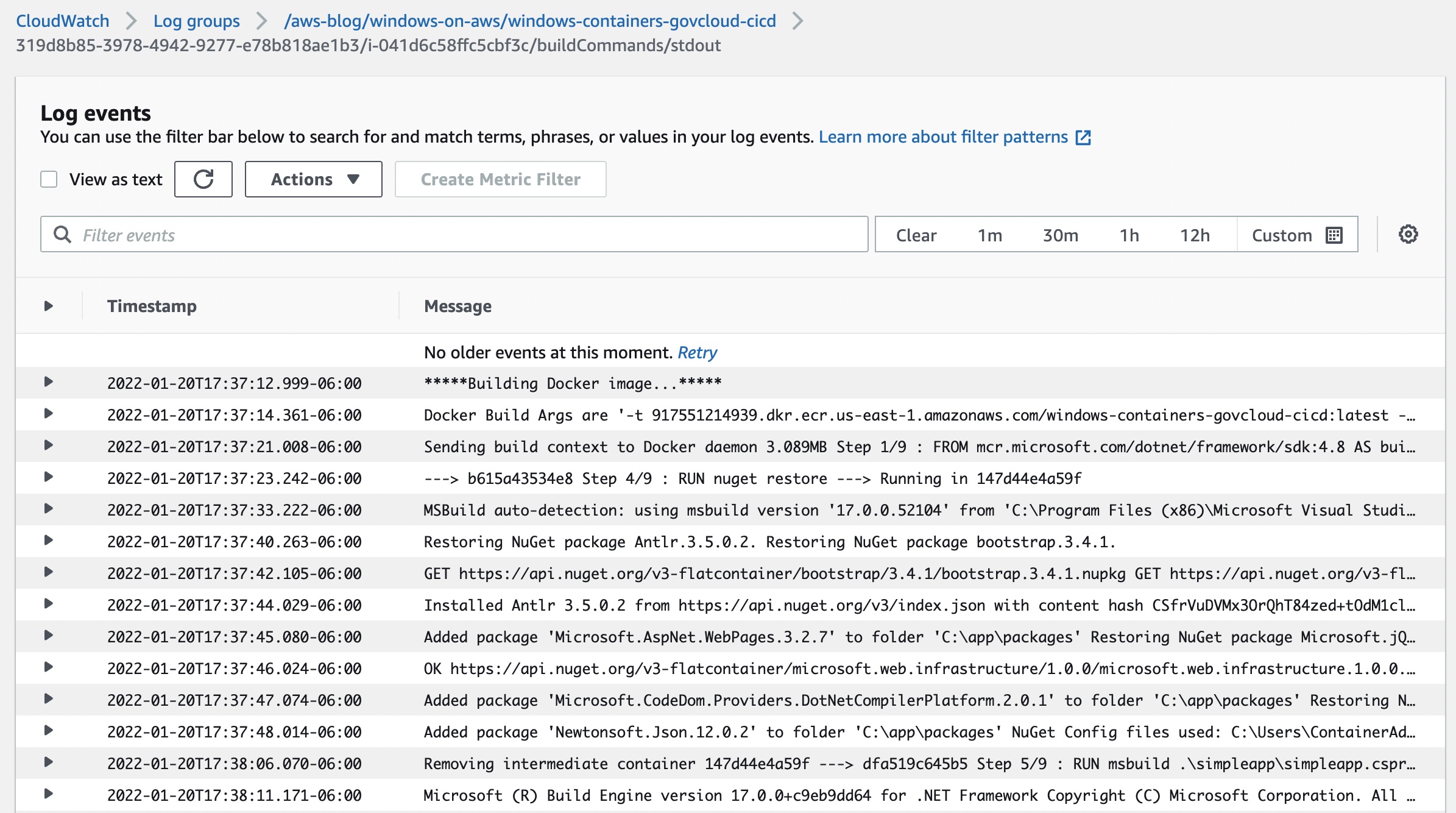 Where to go from here

The accompanying CloudFormation template provides a foundational solution for building Windows Containers on AWS GovCloud (US) using CodePipeline and CodeBuild. You can modify or build upon the solution to cover additional use cases, such as:

Deploying this solution into an AWS Account will incur the following passive and active costs:

Passive costs (charged regardless of use)

Active costs (charged only when the solution is being used)

If you are running the previous steps as a part of a workshop or testing, then you may delete the resources to avoid incurring any further charges. Most resources are deployed as part of the CloudFormation stack, so go to the CloudFormation Console, select the specific stack, and click delete to remove the stack.

Before deleting the CloudFormation stack you must manually delete the following:

In this blog post, I showcased how Systems Manager can be used to create and manage build jobs for Windows container applications, and how this helps you leverage CodeBuild in AWS GovCloud (US). I explored the different components comprising the solution, walked you through its configuration, execution, and monitoring. Finally, I laid down some ideas on what you can further improve and build on top of the solution.

If you have any other ideas on how to improve this solution and would like to share it with me and the audience, write them down in the comment section below.