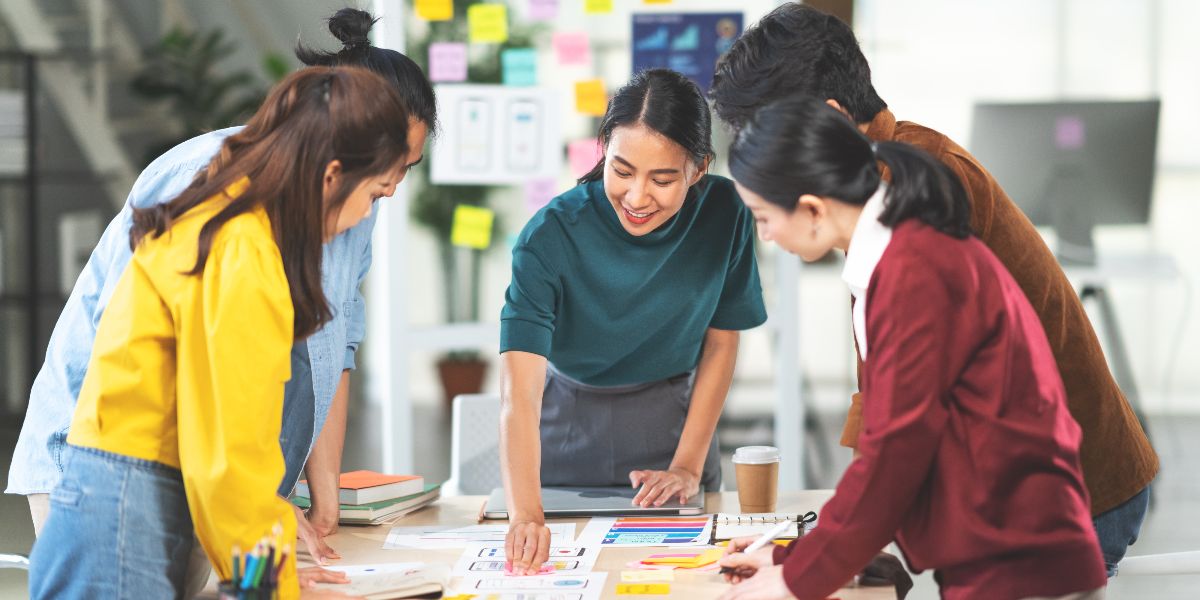 This is a guest post by Leon Voon, lead designer and experience design strategist at GovTech Singapore. This blog post summarizes the experiences and insights he presented at the AWS Institute and Lee Kuan Yew School of Public Policy Executive Education program for public sector leaders in June 2022.

A common driver of public sector transformation is the potential for efficiency. This is certainly one of the benefits of digitalization, especially when organizations leverage the cloud. However, I want to share a story that shows why we need to balance this focus on efficiency with an understanding of how people will use our services to achieve the best results for our efforts.

I am a design strategist at the Government Technology Agency of Singapore (GovTech Singapore), an agency that develops government digital services to make a difference to the everyday lives of people in Singapore. Singapore scores highly in the UN’s E-Government Survey based on a wide range of indicators, including progress in online transactional services delivery, trends in the provision of mobile services, and regional-level transformations in e-government development. However, early digitalization initiatives produced some unexpected outcomes: the focus on streamlining agency services resulted in overly-transactional experiences. They were designed from the point of view of the agency, not the citizens.

At GovTech Singapore, our approach now aims to achieve the benefits of digital transformation in a more human-centered way. The way to do that is to start with the user experience.

Balancing efficiency and the citizen experience

It can be hard for citizens to work out which public agency owns a service when they want to report a problem or ask a question. For example: cutting grass. Seems trivial, right? But in Singapore, at one point, various aspects of cutting grass were divided between three agencies. One agency cut grass on state-owned, empty land. Another agency managed grass in or near parks. A third agency looked after grass by water drains or canals. When a citizen wanted to report that public grass is too long, it was challenging for them to find out who to talk to.

Sure, there are more important issues in government services than cutting grass. But this example illustrates an important  point, and one of the main insights that surfaced through field research, interviews, and observations carried out by my department. When citizens feel they have an issue, they just want to report that issue to their government and have the government handle it. Citizens don’t want to spend time on researching which agency they need to speak with to get something done.

This became an important design principle to guide us. We reimagined serving citizens from their perspective of what a convenient, seamless, and enjoyable service experience might be. This led to a new vision for a service through which citizens could report any issue to just a single point of contact in government, either through a website, an application, by email, or with a phone number. With this new focus, the project team conducted field research, user testing, and app development. We learned lessons and tested them as we transformed services, implementing the feedback from users as we went along. This is one of the characteristics of design thinking.

Design thinking, both a mindset and a methodology, is a non-linear iterative process of problem solving. Design thinking focuses on empathy for end-users, uncovering unmet needs, and rapid prototyping of solutions. It is well-suited to bring in a fresh perspective and to be creative about solutions to problems. For example, we frequently had to design solutions for situations involving a complex web of policies and services that cut across multiple public agencies. Design thinking helped these teams with different functions to collaborate and agree on a common understanding of the citizen’s experience and build empathy for the end user.

As we grew in confidence, we started to combine elements of design thinking with concepts from service design, which has a stronger focus on improving experiences and outcomes for both employees and users through processes, practices, touchpoints, and the customer journey.

Singapore launched the One Service app in 2014, two years after we began to try the new approach to development. Users no longer needed to know the precise scope of each agency, and the app greatly reduced the cases in which citizens needed to call another agency.

As part of designing the app to be more intuitive to use, we carefully tested icons and labels with users. One Service provides a more user-friendly, seamless experience. Citizens can report an issue just by taking a picture, pinning the location of the issue on a map, and typing a few details. The issue is then automatically submitted to a central office that decides which agency is best positioned to address the issue.

Creating user-centric services and digital solutions that make it simpler for users to find information and complete tasks provides benefits for agencies as well. Since the launch of the One Service app, citizens self-service more issues and there are fewer instances where citizens must resubmit forms. This saves citizens time as well as public officers. It also helps decrease the number of complaints from frustrated citizens who want to know how to submit issues.

Frontline teams can focus on solutions, not administration

By automating the back-end processes of digital services and applications, and by easing friction between different agencies as less issues pass between them, front-line teams can focus on the work they value, like trying to help citizens with their municipal issues and improving communities.

Looking ahead for human-centered design

The success of the One Service app marked the start of our journey towards being more citizen-centric. We increased the adoption of user journeys and service design methodology. Agencies started rethinking how their services, forms, service centers, and online sites could be redesigned with the end-user in mind.

Singapore’s public service started to address how to make key moments in citizens’ lives simpler. This led to the Life.Sg app. With this app, public agencies can provide information about government services that are relevant to people at different stages of their life, e.g. young parents with newborns, retirees, people looking for work, or those who need help with unemployment or social assistance. The app offers personalized recommendations and reminders to individual citizens based on information they provide and predictive modeling, and offers even more digital services to offer to residents and citizens of Singapore.

The process of designing services with the users’ perspective is here to stay. Using empathy and human-centered design will remain an anchor for how we design our services—and that will benefit everyone.

Subscribe to the AWS Institute newsletter to learn more about digital transformation for governments and more.

Read more from the AWS Institute: