The AWS DeepRacer League and countdown to the re:Invent Championship Cup 2019

The AWS DeepRacer League is the world’s first autonomous racing league, open to anyone. Announced at re:Invent 2018, it puts machine learning in the hands of every developer in a fun and exciting way. Throughout 2019, developers of all skill levels have competed in the League at 21 Amazon events globally, including Amazon re:MARS and select AWS Summits, and put their skills to the test in the League’s virtual circuit via the AWS DeepRacer console. The League concludes at re:Invent 2019. Log in today and start racing—time is running out to win an expenses paid trip to re:Invent!

In the eight months since the League kicked off in Santa Clara, the League has visited 17 countries, with thousands of developers completing over 13,000 laps and 165 miles of track. Each city has crowned its champion, and we will see each of them at re:Invent 2019!

On October 3, 2019, the 21st and final AWS DeepRacer Summit race took place in Toronto, Canada. The event concluded in-person racing for the AWS DeepRacer League, and not one, but four expenses paid trips were up for grabs.

First was the crowning of our Toronto champion Mohammad Al Ansari, with a winning time of 7.85 seconds, just 0.4 seconds away from beating the current world record of 7.44 seconds. Mohammad came to the AWS Summit with his colleague from Myplanet, where they took part in an AWS-led workshop for AWS DeepRacer to learn more about machine learning. They then made connections with AWS DeepRacer communities and received support from AWS DeepRacer enthusiasts such as Lyndon Leggate, a recently announced AWS ML Hero. 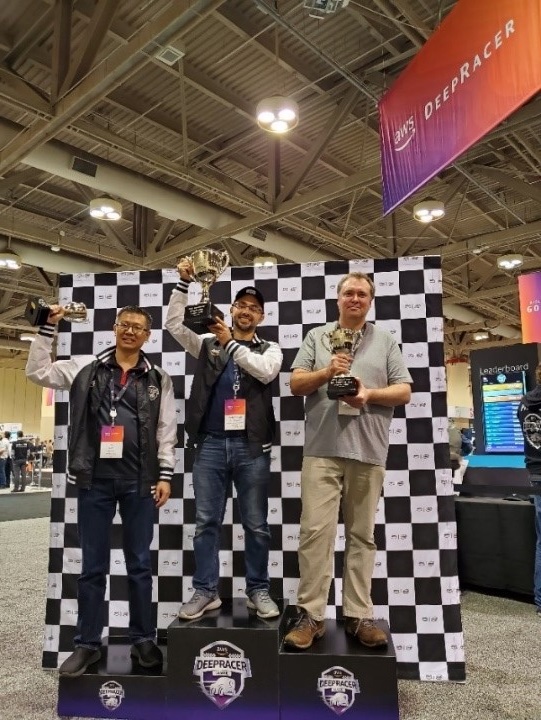 The re:Invent line up is shaping up

Once the racing concluded, it was time to tally up the scores for the overall competition and name the top three overall Summit participants. Foreign Exchange IT specialist Ray Goh traveled from Singapore to compete in his fourth race in his quest to top the overall leaderboard. Ray previously attended the Singapore, Hong Kong, and re:Mars races, and has steadily improved his models all year. He closed out the season with his fastest time of 8.15 seconds at the Toronto race. The other two spots went to ryan@ACloudGuru and Raycha@Kakao, who have also secured their place in the knockouts at re:Invent along with the 21 Summit Champions. 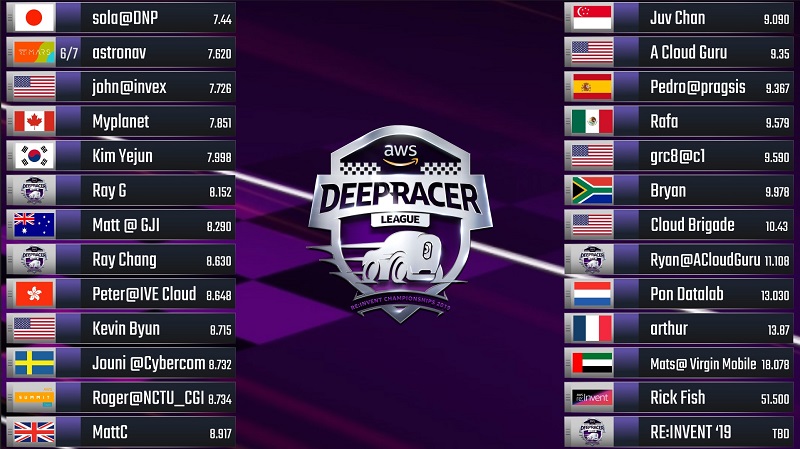 It could be you that lifts the Championship Cup

The Championship Cup at re:Invent is sure to be filled with fun and surprises, so watch this space for more information. There is still time for developers of all skill levels to advance to the knockouts. Compete now in the final AWS DeepRacer League Virtual Circuit, and it could be you who is the Champion of the 2019 AWS DeepRacer League! 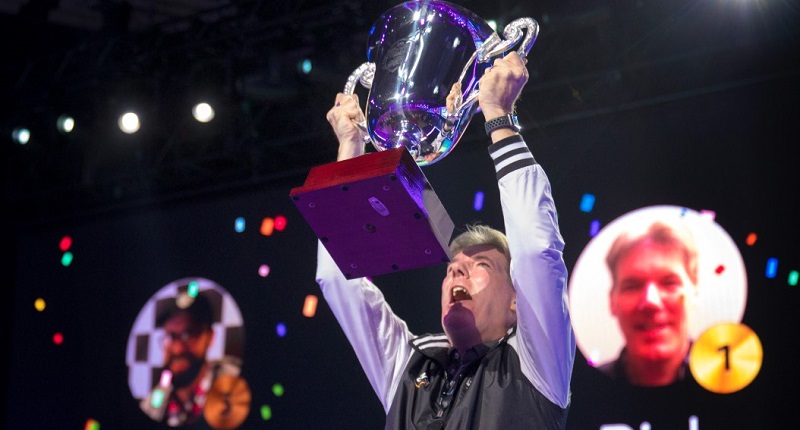