Getting Started on PeopleSoft: How the University of Arizona Began its PeopleSoft Transition

The University of Arizona addressed the challenge of creating a more efficient and agile IT operation by deciding to go all-in on the cloud. After initial success in migrating their Kuali Research Administration system, they created a roadmap and began migrating their PeopleSoft application environments, including Enterprise Learning (EL), Human Resources (HR), and Student Administration (SA) to AWS.

The University of Arizona has 42,000 students with more than 300 majors. To be responsive to their students, they are in the process of migrating over 95 enterprise services to the cloud.

“We decided and committed to a cloud-first direction based primarily on seeking to transform our IT shop into one that is more agile and responsive at the end of the day,” said Derek Masseth, CTO, at the University of Arizona. “Although we are confident that we are going to save money, our first priority is meeting the needs of our students.”

With a focus on people, process, and product, they began their all-in enterprise migration to the cloud.

People: “Our workload was cloud-ready, but we were not”

Instead of hiring new staff, the university began to train its own staff and focused on transforming their skills. “We rely on the expertise of our people and are committed to retraining and retaining our workforce,” Derek said. “Early on, we held one-day seminars to provide staff with high-level information about the AWS services available. We gave everyone an account in AWS and encouraged exploration. Later, we held over 20 on-site workshops, including IAM Policy, Governance, Storage Services, SysOps, and Security and Compliance.”

They created a Center of Cloud Excellence, called the Cloud Advisory Team, which sets the standards and processes that all teams follow. This approach allows everyone to continue to learn about new technology and best practices.

“Don’t lose sight of the personal impact of your existing staff. It is a very personal journey, and helping them take the journey is the responsibility of leadership,” said Derek. “So have open communication and help them with this new career path.”

Process: Keep learning on the road to cloud computing

The university began their journey by moving their Research Administration system. It was a good candidate because it is a smaller, more self-contained system, but big enough and important enough to be a valid test. “Early on, we tried to do a lift and shift of the PeopleSoft Student Administration system, but we discovered it did not work well and was expensive. The whole experience is a learning exercise and with PeopleSoft, we discovered that in order to make it successful, we would need to design a new architecture using AWS,” said Derek.

With initial success from their earlier migrations, they plotted a roadmap to the cloud. Their most recent success is a custom application, called Course Site Request, which integrates with their Learning Management System, and is used by faculty to create and maintain course sites in D2L. 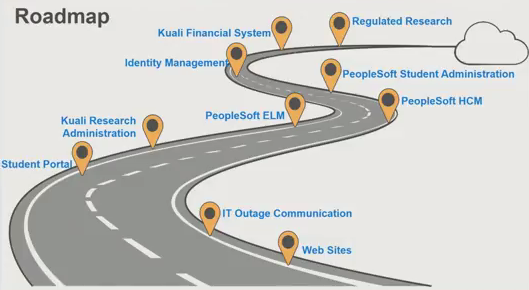 Early on, Derek and the team set the goal of realizing more than just cost savings. They aimed to be more available, more secure, and more flexible, transforming the IT culture from an organization whose infrastructure constraints created a “no” organization to a culture of “yes.”

Learn more about the University of Arizona’s experience migrating their ERP to the cloud in this recorded webinar. 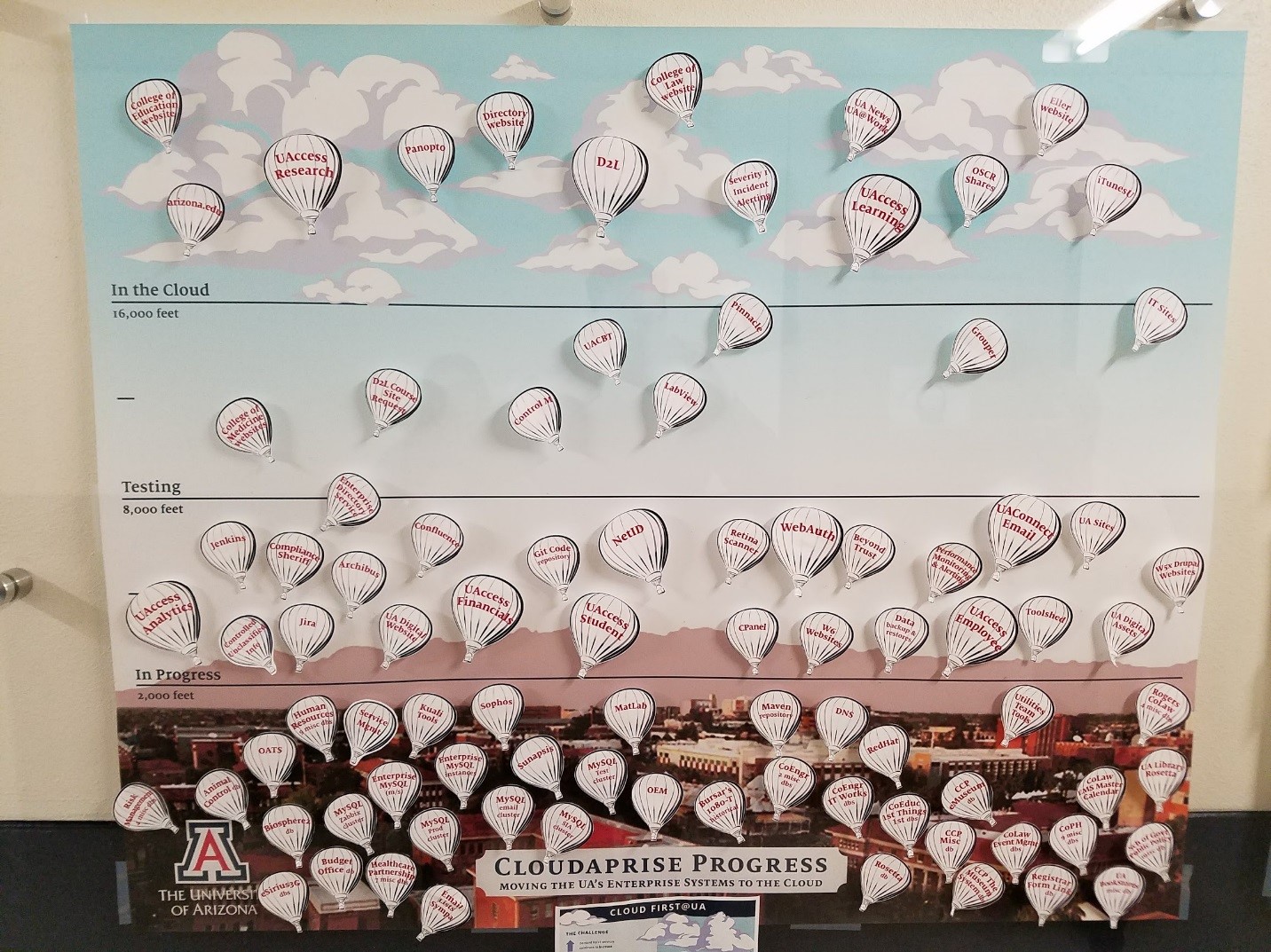