A decade of innovating with AWS Marketplace

Ten years ago today, we launched AWS Marketplace to give builders a simple ecommerce experience to find, buy, and deploy software that runs on AWS. With just a few clicks, builders could find machine images pre-built with multiple operating systems, web servers, network firewalls, databases, content management systems, and more. They could then buy those images and instantly deploy them into their own AWS accounts.

Just like Amazon EC2 meters and bills for the hourly usage of instances, AWS Marketplace meters the third-party software running on the instance. This simple approach allows builders to consolidate the billing of their third-party software and instances together, conveniently on their AWS invoice.

Today, after a decade of listening to customers and sellers, AWS Marketplace is much more than an ecommerce experience for third-party machine images. Last year alone, more than 325,000 customers subscribed to billions of dollars of software, data, and professional services from more than 2,000 sellers. But it’s still day one, and we’re excited for what’s to come.

To celebrate our 10-year anniversary, I thought it would be fun to outline my own personal journey with AWS Marketplace, which began before I joined AWS, and outline some of the key innovations we’ve launched over the last decade. Special thanks to all of our customers, such as Sony, Thomson Reuters, Samsung, and Formula 1, and all of our sellers, such as Snowflake, Databricks, Palo Alto Networks, Trend Micro, Splunk, and MongoDB, who made us what we are today. You push us to do better every day, and we’re grateful for it.

At the time AWS Marketplace launched, it was a pretty novel innovation. As best I can tell, there was no other website that allowed you to rent servers running commonly used software that were hosted for you. Right away, the growing number of AWS customers started to use AWS Marketplace as they got started building their applications, N-tier architectures, and more.

Almost without a choice, I became one of these builders.

In 2013, while I was the CIO of Dow Jones, we decided to consolidate 56 of our global data centers down to 6 and migrate 75% of our workloads to the cloud in the process. This migration allowed us to reallocate more than $100M in capital to building new customer experiences and helped us graduate from a few software releases per quarter to many hundreds each month. In other words, it transformed our business.

Our first opportunity to close a data center came when we realized the lease on our data center in Hong Kong was expiring in just a few weeks. As we embarked on this migration, which consisted of hundreds of servers and dozens of applications to AWS, we found ourselves stuck on how to match the performance of certain applications without the physical firewall and wide area network (WAN) accelerator appliances residing in that data center. I’ll admit now to having that “uh oh, what did we get ourselves into” trough-of-despair moment we often feel in the middle of technology programs/projects. But the very next day, our DevOps team found the software equivalent images in AWS Marketplace, deployed them into our N-tier architecture, and we finished the migration early.

Wow. This may seem obvious now, but at the time, it was a flash of bright light accretive to the mounting evidence on how transformative the cloud would become to enterprise IT. In a matter of weeks, we exited a data center, saved hundreds of thousands of dollars, had no long-term commitment, and did so by replacing purpose-built hardware with software running on an instance none of us saw or touched by clicking a few buttons on a website. Amazing.

A decade of innovation

In the decade since, you (our customers and sellers) have been wonderfully dissatisfied with how traditional procurement and provisioning works, and asked us to do so much more. In addition to the machine images we started with, you asked us for more deployment options.

You also asked for different ways to buy. In addition to pay-as-you-go hourly billing, you asked for bring-your-own-license (BYOL), contract-based pricing, and privately negotiated rates – either direct from the seller or indirect through a reseller.

And, last but not least, you asked for governance capabilities to curate your own private catalogs, govern who spends what with whom, tie purchasing into your existing approval and procurement systems, share entitlements across your organizations, and more.

For anyone using AWS Marketplace, I hope you’d agree that we listened. We’ve launched all of the above and more over the last ten years.

Highlights from a ten-year history of AWS Marketplace innovations

In 2012, we became the first cloud infrastructure provider to launch a marketplace.

By 2014, we already had more than 500 listings from category-leading sellers such as Cisco, Palo Alto Networks, Trend Micro, and F5. They pushed us to become the first cloud infrastructure marketplace to launch Annual Subscriptions. This enables you to get a discount on the hourly rate of metered third-party software by committing to a year of usage. Sort of like EC2 reserved instances, this innovation set the stage for you to move larger, multi-million-dollar contracts to AWS Marketplace for consolidation on your AWS invoice.

In 2015, we launched AWS CloudFormation and AWS Service Catalog support. AWS CloudFormation templates packaged with AWS Marketplace listings enable you to automate the deployment of solutions comprising of multiple instances (so sellers could bundle Windows and Linux instances together, for example) or configure other parts of your AWS environment. AWS Service Catalog then enables you to share these solutions in a well-governed away across your teams.

In 2016, customers moving to the cloud, not surprisingly, told us they were beginning to favor SaaS, so they didn’t have to host the software they bought themselves. So, we launched our metering API so that SaaS sellers could list, price, and meter their software by any dimension that fit their business model (for example, number of users, hosts, endpoints protected, bytes scanned). We now have more than a thousand SaaS offerings from category-leading sellers such as Crowdstrike, Trend Micro, F5, Datadog, New Relic, MongoDB, Databricks, Dynatrace, and Snowflake, with customers increasingly preferring SaaS over having to manage their own deployments.

Next, you told us that your production workloads on AWS were growing, and you wanted benefit from our consolidated billing and provisioning but with custom-negotiated pricing and terms with sellers.

So, in 2017, we worked with Splunk and other customers to become the first cloud infrastructure marketplace to launch Private Offers, which enabled customers to pay a privately negotiated rate with sellers as they migrated those relationships to AWS.

Then, customers told us they often negotiate their contracts with resellers, distributors, and Managed Service Providers.

So, in 2018, we were the first cloud infrastructure marketplace to launch Consulting Partner Private Offers (CPPO). CPPO enables you to transact using the channel partner of your choice. We now work with more than a thousand channel partners including Presidio, SHI, Rackspace, and GuidePoint Security.

Also in 2018, we launched support for machine learning models and containers, so you can easily find, buy, and deploy software via Amazon SageMaker or any of our managed container services.

And, for those of you who wanted control over who could buy what from whom across your organization, we launched Private Marketplace, so your cloud administrators and procurement teams could curate your own private catalog.

Then, in 2019, you told us you wanted the same experience you have buying software to fit the way you license data, so we launched AWS Data Exchange. Today, we have more than 250 data providers including Foursquare, IMDb, SASB, FactSet, and Qiagen to help you with market development, accelerate ESG investments, improve patient outcomes, and generally make better decisions.

And, for those of you who wanted to govern, track, and distribute the entitlements of the software you bought in AWS Marketplace, we launched Managed Entitlements with AWS License Manager so you can do just that.

Then, last year, as customers told us they were increasingly deploying software inside containers, we launched AWS Marketplace for Containers Anywhere. This enables you to find, buy, and deploy container images on any of our fully managed container services or on your own self-managed Kubernetes environment.

The best is yet to come

All told, these innovations have led to more than 325,000 of you using AWS Marketplace to find, buy, deploy, and govern more than 12,000 listings from more than 2,000 sellers. Last year, this culminated in billions of dollars of products and services sold, a figure that continues to grow quickly. Many of you are telling us that AWS Marketplace is “transforming the digital supply chain” by offering so many ways to buy and deploy so many digital goods in a well-governed way.

But we also recognize that we have so much more to do. You continue to tell us you want more automation throughout your digital supply chain, and we’re still listening. I’m excited the innovations we’re working on to help you narrow in on the right sellers, deploy solutions faster, and govern your spend. If you’ve got feedback that you’d like us to consider, please let me know: orbans@amazon.com. 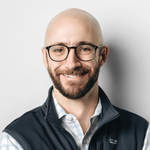 Stephen Orban is the VP of AWS Marketplace, Partner Engineering, and ISVs for AWS. In this role, Stephen helps AWS customers find, buy, govern, and deploy solutions from thousands of AWS partners and AWS Marketplace sellers, while helping those partners and sellers go-to-market with AWS. He’s a devout husband, father of two daughters, skier, and cyclist.