The last two weeks have been a frenzy of AWS service and feature launches, building up to AWS re:Invent 2019. As there has been a lot announced we thought we’d ship an ICYMI post summarizing the serverless service specific features that have been announced. We’ve also dropped in some service announcements from services that are commonly used in serverless application architectures or development.

We also want you to know that we’ll be talking about many of these features (as well as those coming) in sessions at re:Invent.

On September 3, AWS Lambda started rolling out a major improvement to how AWS Lambda functions work with your Amazon VPC networks. This change brings both scale and performance improvements, and addresses several of the limitations of the previous networking model with VPCs.

On November 25, Lambda announced that the rollout of this new capability has completed in 6 additional regions including US East (Virginia) and US West (Oregon). 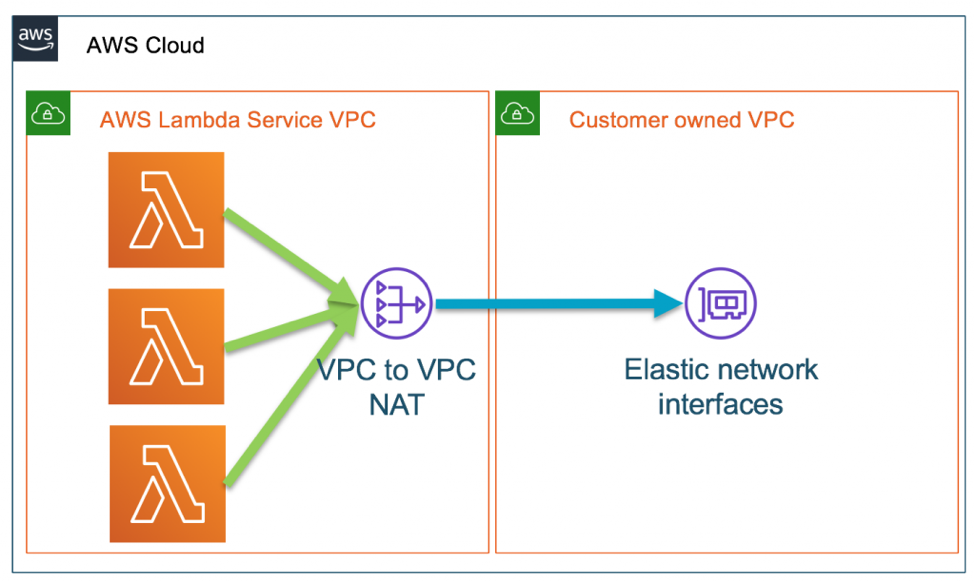 On November 18, Lambda announced three new runtime updates. Lambda now supports Node.js 12, Java 11, and Python 3.8. Each of these new runtimes has new language features and benefits so be sure to check out the linked release posts. These new runtimes are all based on an Amazon Linux 2 execution environment.

Lambda has released a number of controls for both stream and async based invocations:

In addition to the above controls, Lambda Destinations is a new feature that allows developers to designate an asynchronous target for Lambda function invocation results. You can set one destination for a success, and another for a failure. This unlocks really useful patterns for distributed event-based applications and can reduce code to send function results to a destination manually. 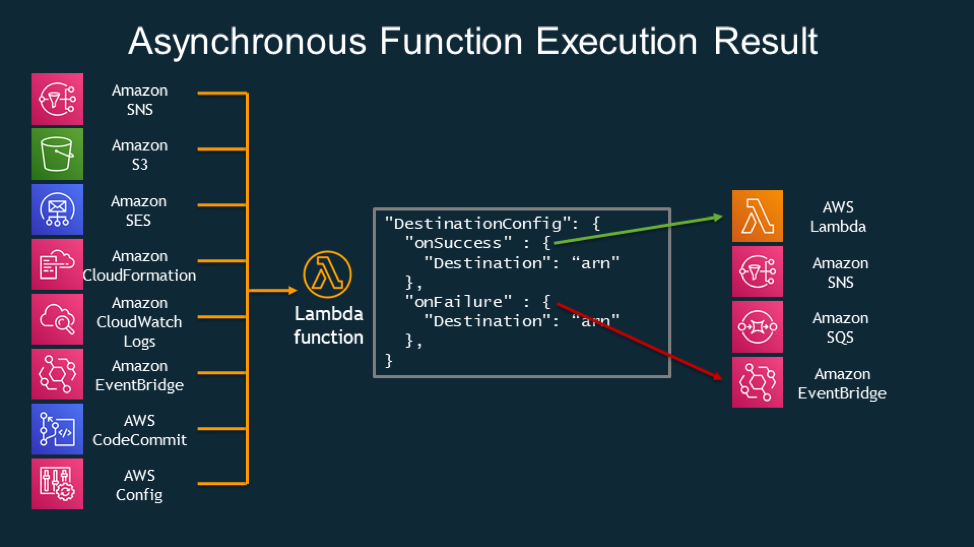 Lambda also now supports setting a Parallelization Factor, which allows you to set multiple Lambda invocations per shard for Amazon Kinesis Data Streams and Amazon DynamoDB Streams. This allows for faster processing without the need to increase your shard count, while still guaranteeing the order of records processed.

Lastly, you can now view percentile statistics for the duration metric of your Lambda functions. Percentile statistics tell you the relative standing of a value in a dataset, and are useful when applied to metrics that exhibit large variances. They can help you understand the distribution of a metric, spot outliers, and find hard-to-spot situations that create a poor customer experience for a subset of your users.

The SAM CLI team simplified the bucket management and deployment process in the SAM CLI. You no longer need to manage a bucket for deployment artifacts – SAM CLI handles this for you. The deployment process has also been streamlined from multiple flagged commands to a single command, sam deploy.

One of the powerful features of Step Functions is its ability to integrate directly with AWS services without you needing to write complicated application code. Step Functions has expanded its integration with Amazon SageMaker to simplify machine learning workflows, and added a new integration with Amazon EMR, making it faster to build and easier to monitor EMR big data processing workflows.

Step Functions now provides the ability to track state transition usage by integrating with AWS Budgets, allowing you to monitor and react to usage and spending trends on your AWS accounts.

Amazon SNS now supports the use of dead letter queues (DLQ) to help capture unhandled events. By enabling a DLQ, you can catch events that are not processed and re-submit them or analyze to locate processing issues.

CloudWatch announced Amazon CloudWatch ServiceLens to provide a “single pane of glass” to observe health, performance, and availability of your application. 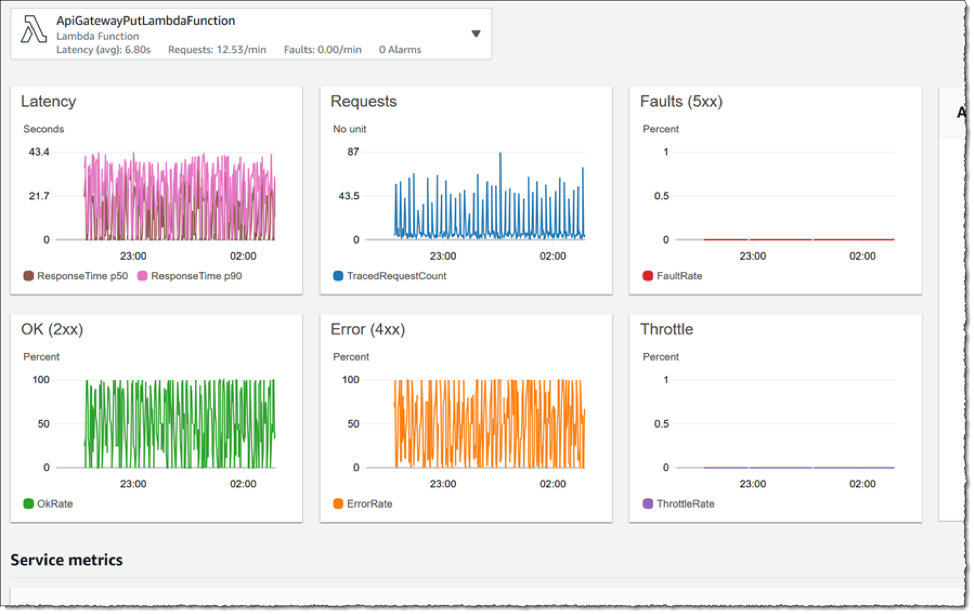 CloudWatch also announced a preview of a capability called Synthetics. CloudWatch Synthetics allows you to test your application endpoints and URLs using configurable scripts that mimic what a real customer would do. This enables the outside-in view of your customers’ experiences, and your service’s availability from their point of view.

On November 18, CloudWatch launched Embedded Metric Format to help you ingest complex high-cardinality application data in the form of logs and easily generate actionable metrics from them. You can publish these metrics from your Lambda function by using the PutLogEvents API or for Node.js or Python based applications using an open source library.

Lastly, CloudWatch announced a preview of Contributor Insights, a capability to identify who or what is impacting your system or application performance by identifying outliers or patterns in log data.

X-Ray announced trace maps, which enable you to map the end to end path of a single request. Identifiers will show issues and how they affect other services in the request’s path. These can help you to identify and isolate service points that are causing degradation or failures.

DynamoDB announced support for customer managed customer master keys (CMKs) to encrypt data in DynamoDB. This allows customers to bring your own key (BYOK) giving you full control over how you encrypt and manage the security of your DynamoDB data.

It is now possible to add global replicas to existing DynamoDB tables to provide enhanced availability across the globe.

Currently under preview, is another new DynamoDB capability to identify frequently accessed keys and database traffic trends. With this you can now more easily identify “hot keys” and understand usage of your DynamoDB tables.

Last but far from least for DynamoDB, is adaptive capacity, a feature which helps you handle imbalanced workloads by isolating frequently accessed items automatically and shifting data across partitions to rebalance them. This helps both reduce cost by enabling you to provision throughput for a more balanced out workload vs. over provisioning for uneven data access patterns.

The AWS Serverless Application Repository (SAR) now offers Verified Author badges. These badges enable consumers to quickly and reliably know who you are. The badge will appear next to your name in the SAR and will deep-link to your GitHub profile. 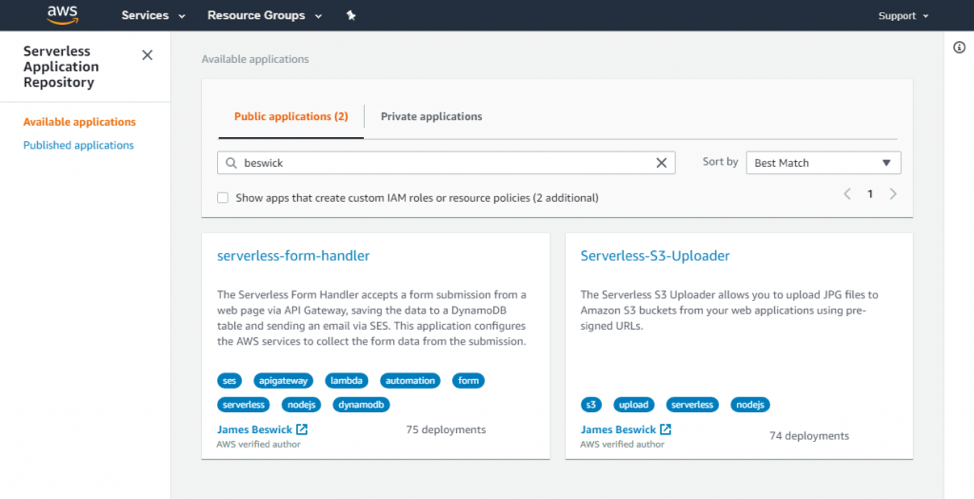 AWS CodeCommit launched the ability for you to enforce rule workflows for pull requests, making it easier to ensure that code has pass through specific rule requirements. You can now create an approval rule specifically for a pull request, or create approval rule templates to be applied to all future pull requests in a repository.

AWS CodeBuild added beta support for test reporting. With test reporting, you can now view the detailed results, trends, and history for tests executed on CodeBuild for any framework that supports the JUnit XML or Cucumber JSON test format. 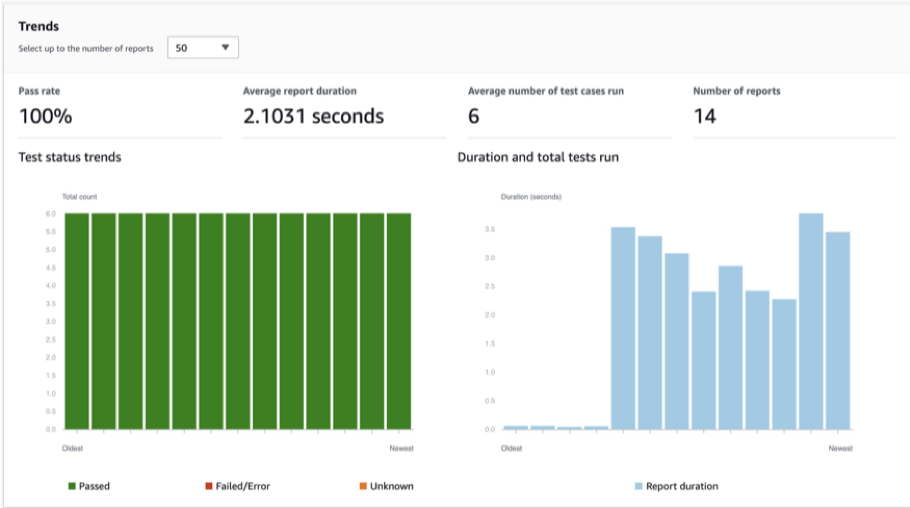 Instead of trying to summarize all the awesome things that our peers over in the Amplify and AppSync teams have done recently we’ll instead link you to their own recent summary: “A round up of the recent pre-re:Invent 2019 AWS Amplify Launches”.

We only covered a small bit of all the awesome new things that were recently announced. Keep your eyes peeled for more exciting announcements next week during re:Invent and for a future ICYMI Serverless Q4 roundup. We’ll also be kicking off a fresh series of Tech Talks in 2020 with new content helping to dive deeper on everything new coming out of AWS for serverless application developers.