We’ve spent over 11 years helping organizations migrate their Microsoft Windows workloads to the cloud. In fact, AWS hosts 2x more Windows workloads in the public cloud on AWS than the next cloud provider, according to IDC.¹ Our experience includes moving Microsoft SQL Server workloads from on-premises data centers and migrating workloads from other clouds. Customers have been moving their SQL Server and other workloads to AWS for a variety of reasons, but one primary reason is to cut costs. For example, McKinsey’s research indicates that moving to the cloud results in 30–40 percent cost savings.

While there is no one-size-fits-all approach to migrating SQL Server workloads to the cloud, there are three primary ways to migrate SQL Server-based applications to AWS and we’ll walk you through each option in this blog.

Rehosting in the cloud

With minimal changes to your SQL Server application architecture or data, you can shift your on-premises apps, also called “lift and shift,” to AWS hosted cloud environment and cut costs by 30 percent. While organizations may want fully cloud native applications, lifting-and-shifting delivers a quicker migration and avoids a costly refresh cycle. For example, a lift-and-shift can offer a fast migration before a data center lease expires. This approach is a definitive step toward a cloud-native transformation, as AWS general manager Stephen Orban suggests, because “It becomes easier to re-architect and constantly reinvent your applications once they’re running in the cloud. This is partly because…your people will learn an awful lot about what cloud-native architectures should look like through re-hosting.”

There are millions of companies that run their applications on Amazon Elastic Cloud Service (Amazon EC2), and tens of thousands hat entrust their Microsoft workloads to AWS, such as Axinom. 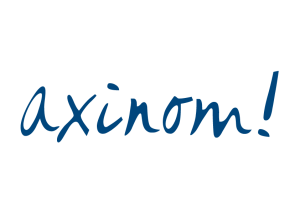 While “lifting and shifting” SQL Server workloads to Amazon EC2 delivers significant advantages, customers still have to manage their own database instances. To get all the good of SQL Server without the fuss of managing it (for example, hardware provisioning, database setup, patching, and backups), customers like Visma, RepricerExpress, and Mathnasium™ turn to Amazon RDS.

What is required to make this shift? As with running your database on Amazon EC2, having AWS fully manage SQL Server for you also requires very little in terms of rewriting your application. Let’s look at the example of Mathnasium. 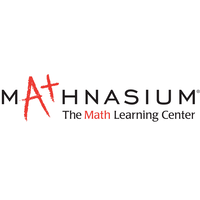 Mathnasium chose to use Amazon RDS for their application for several reasons. One was cost. “We didn’t want to spend hundreds of thousands of dollars building out our server room when we could pay a fraction of that to use AWS,” said Vice President of Technology Jason Condello. Another was simplicity. They felt Amazon RDS would be the fastest and easiest way to perform their required batch jobs, with minimal need to update their application. They were correct: Mathnasium was able to seamlessly migrate hundreds of millions of records.

After migrating the data, Mathnasium tested the new system’s performance and was easily able to adjust the instance size to the optimal level. Having automated backups, database snapshots, multiple Availability Zones, and the ease of being able to change class sizes has made Mathnasium far more efficient than they were with on-premises SQL Server. Security has also improved, according to Condello: “We chose AWS because it had high availability, with multiple Availability Zones and nightly snapshots. It’s self-patching, maintenance is nil, and its security features mean we’re not worried about on-site data theft. By using AWS Web Application Firewall (Amazon WAF) and AWS Shield [services], we ensure our security infrastructure is scalable and easy to maintain.”

Customers have additional options to modernize, which brings us to the last SQL Server modernization option.

Companies like Autodesk and Jobvite have discovered it can pay significant dividends to invest in rearchitecting an application for a fully managed, open source database like Amazon Aurora for MySQL or PostgreSQL. This combination of a managed database, lower costs due to no license fees, and open source is highly potent. It can also dramatically boost productivity: “Something that used to take days is now easily doable in a few seconds,” says Pranav Bhargava, Jobvite Director of Engineering. 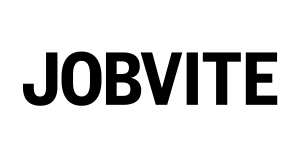 Some assembly (or, rather, refactoring of the application), however, may be required. We’ve outlined key factors to guide “Minimal Viable Refactoring” as a way to make high-value, low-cost, low-risk changes to an app before migrating. The goal is to speed migration while maximizing opportunity. Such refactoring might include rewriting your application to use the purpose-built databases that AWS offers for different workflows, or it might mean breaking down monolithic applications into smaller microservices that access their own database schemas.

Refactoring an application makes sense if there is strong business need to add features, scale, or performance that would otherwise be difficult to achieve in the application’s existing environment, says Orban.  It made sense for Jobvite, a provider of recruiting software that helps thousands of companies source, hire, and onboard top talent. In Jobvite’s case, refactoring involved in moving from SQL Server to AWS Aurora more than paid for itself. According to Chaitanya Konduri, DevOps Manager at Jobvite, the move lowered costs by 40 percent, improved responsiveness to customer requests by up to 40 percent, eliminated monthly database maintenance that formerly took the application down for 3 hours, and reduced refresh time from 20 hours to 2 hours.

Whether you’re ready to embrace a fully managed open source database service like Jobvite, or simply need to lower your management burden while staying with SQL Server, or even just want to realize cost savings by running SQL Server on Amazon EC2, let AWS help you assess how your company can get the most out of cloud. Join all the AWS customers that trust us to run their most important applications in the best cloud. Contact us to discuss your Windows migration or modernization initiative. To learn more on modernizing Windows Server or SQL Server, visit our Windows modernization page.