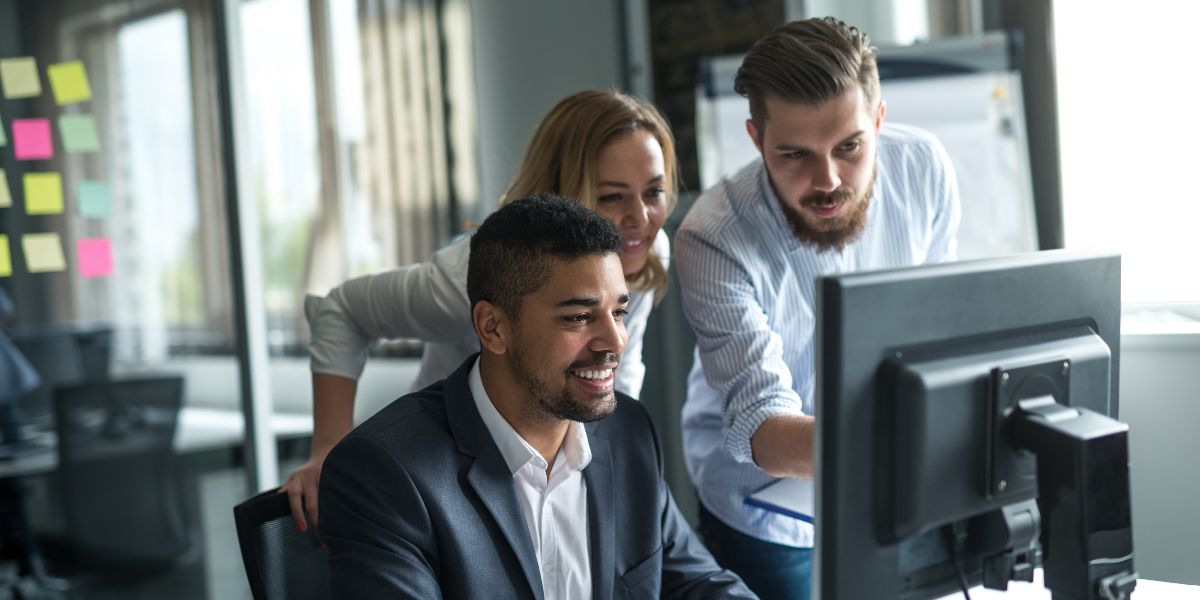 When Venu Gurram joined Georgia’s Department of Community Health (DCH) as their chief information officer (CIO) in 2019, he took on the challenge of transforming their Medicaid Management Information System (MMIS). The Medicaid agency, serving 2.4 million low-income Georgians, was undertaking a digital transformation, migrating from a legacy on-premises infrastructure system to a collection of services in the cloud. Modernizations like these are multi-year, multi-million-dollar projects overseen by the Centers for Medicare & Medicaid Services (CMS)—they can be tough to manage and do right.

But DCH had already made some choices about the way they wanted to modernize. They joined forces with another state entity, the Georgia Tech Research Institute (GTRI), to build decoupled services on the Amazon Web Services (AWS) Cloud. Choosing AWS made it simpler for DCH to deliver the next generation of Medicaid technology: a Medicaid Enterprise System (MES). In an interview with AWS about DCH’s migration experience, Venu recalled that DCH started their modernization journey with a question: “As an entity we thought, ‘What can we do better?’”

Because their new cloud-based systems are modular, they are released bit-by-bit instead of all at once. Deploying on-premises usually means buying all of an organization’s infrastructure up-front. With AWS, DCH can select and scale both storage and compute when they want it, instead of paying for capacity they won’t need for years. And with Amazon CloudWatch and AWS CloudTrail, DCH can monitor the applications they’re running and the third-party services they rely on with ease.

Disaster recovery is important for Georgia’s new MES, too. These systems are the backbone of healthcare services for nearly one out of every five people living in America. Leveraging AWS’s Availability Zones allows DCH to employ a disaster recovery model that provides almost real-time fail-over capabilities for a fraction of the cost of maintaining traditional on-premises infrastructure.

According to Venu, AWS helps make technology more simple for DCH, and it also helps streamline jobs, too.

By building a new MMIS in the cloud, DCH saved millions of dollars and reduced their overall modernization strategy roadmap by two full years. Some of those savings came in the form of cost avoidance—they were quoted $16 million to build the system on premises—plus a reduction in commercial off-the-shelf (COTS) licenses from 15 to just three by switching to AWS services. “That’s one thing I want to emphasize,” Venu said. “By having a reduced number of licenses, my management is so much easier. I don’t have to worry about what licenses are expiring when, or where I’m going to get the money for this.”

The CIO’s team isn’t the only one benefiting from these cost savings. “I don’t have an upfront investment of tens of millions of dollars [with the cloud],” said Venu. “CFOs [chief financial officers] are happier when they have stable numbers.” With an on-premises environment, the hardware typically needs to be refreshed every five to seven years. But since AWS manages hardware upgrades in the cloud, DCH can avoid multi-million-dollar peaks for infrastructure investments and instead just pay predictable costs for operations in the cloud.

DCH wants their IT teams to be happy, too. Venu recalled that, in what he described as “the old-fashioned way,” making changes to the old MMIS took months. But the cloud helps Venu’s team deploy new solutions and innovations at the speed of need. “If my team wants to try something, I can have them try it out,” he said. “Spin up a server, buy a license on the marketplace, whatever. Try it out for a couple of weeks and see if it works. If not, shut it down.” This flexibility led to a brand-new culture of experimentation at DCH, with IT teams using proofs-of-concept to understand what really worked.

This nimbleness made it possible for DCH to start going live with the new MMIS six months earlier than they could have on the old system. “It’s a beautiful thing—what GTRI has done with the AWS Cloud. They can create my entire infrastructure in two hours,” Venu said. “We couldn’t have done that on prem.”

DCH cares about speed, but they care more about reliability and resiliency. The new systems aim for 99.99 percent uptime—something DCH couldn’t do with a data center. “If [a system is] on prem, my team is more stressed out,” Venu said. “[With the cloud] if something goes wrong … they don’t have to run to a data center to fix it. They don’t have to drive through traffic. They can use our VPN, log into the AWS Console, and fix whatever’s gone wrong.”

Security is also a top priority for DCH. “The one thing I harp on my team with is security. I don’t want someone to say there’s a breach,” said Venu. Every DCH system has to be compliant with NIST 800-53, a list of US federal controls designed to help make sure systems are secure and resilient. Because AWS is responsible for the security of the cloud, DCH’s vendors can inherit “so many controls,” Venu described. Like backup power, for instance: “In the olden days,” Venu said, “my team might actually have to go and validate these things. Does a vendor have backup power? Is there a cable? Is it safely guarded? What if someone infiltrates? Now, AWS handles these controls for us. Nobody has to worry about these anymore. That helped us hit 800-53 sooner than we thought. It’s a big deal.”

Stories about IT modernization too often focus on the direct benefits technology offers. But when DCH talks about the cloud, they talk about humans, too: happier financial officers, teams who can take risks, and “beautiful” vendor partnerships.

And of course, the reason DCH does this work in the first place. “2.4 million Georgians,” said Venu. “Those are our customers. We are here to serve them.”

To learn more about how AWS helps support Medicaid agencies across the country, contact the AWS Public Sector team directly.