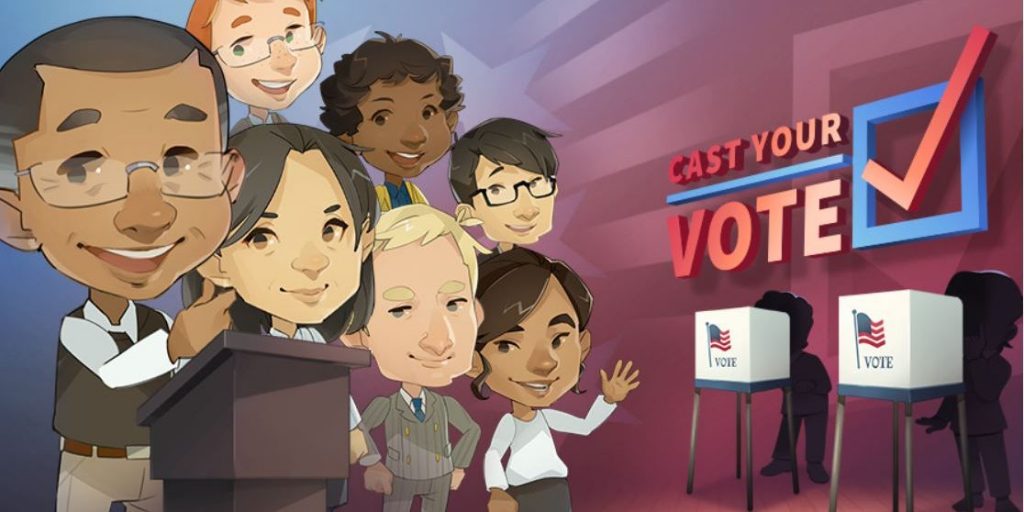 iCivics is the education nonprofit that US Supreme Court Justice Sandra Day O’Connor founded in 2009 to transform civic education and rebuild civic strength through digital games and lesson plans. It is the largest provider of civic education content in the US and is currently used by more than 120,500 educators and 7.6 million students annually. All of its games are free, nonpartisan, and available at www.icivics.org. This guest post is by Louise Dubé, executive director of iCivics.

Why a US Supreme Court Justice turned to digital games

When Justice Sandra Day O’Connor retired from the US Supreme Court in 2006, civic education became her mission. She saw that civics was not prioritized in schools, and that was challenging our country’s civic strength.

She founded iCivics, with the goal of transforming civic education so that it would be accessible for every student in America, through the use of innovative, engaging online games and resources. Though the Justice herself had never played digital games, she saw vast potential in teaching civics through a medium that meets students where they already are and that allowed them to experience first-hand through gameplay how the different pieces of our constitutional democracy work, rather than lecturing students about facts without a relevant context.

Since 2009, we have created more than 16 games—and hundreds of other digital resources and lesson plans—that use simulations to teach all facets of civic life, from how to run a presidential campaign, to how local government works, to how immigration works, to news literacy. Our games have been played over 134 million times, and along with our other digital content, have proven an invaluable resource for both teaching and facilitating conversations in classrooms.

In 2017, we realized that no matter how much content we created, we would not fulfill the vision of Justice O’Connor unless the country made a fundamental change in how civic education was viewed and made it a priority to educate students for American democracy. So iCivics has expanded its mission to lead a movement to re-prioritize high-quality civic education in every school district in every state across the country.

In 2018, we founded CivXNow, a cross-ideological coalition of more than 150 civic education providers, presidential libraries, after-school programs, philanthropic leaders, researchers, and others who are working together to make civic education a priority in K12 schools and relevant and accessible to all K12 students. And in March 2021, iCivics—along with Harvard University, Tufts University, and Arizona State University—will unveil the Educating for American Democracy Roadmap, national guidance for schools, states and districts to develop standards and curriculum for civic agency. The project is funded by the National Endowment for the Humanities and the US Department of Education.

iCivics’ work during an election year

iCivics has traditionally seen a massive spike in users during presidential election years. In both 2012 and again in 2016, traffic surged just before the election, nearly matching in one month the number of gameplays that the site normally sees during an entire year. In that respect, 2020 was no different, as students played the games such as Win the White House, a first-person point-of-view (POV) game that simulates how to run a presidential campaign, and Cast Your Vote, which helps students understand how to choose a candidate to support, more than 5.1 million times before the election. iCivics.org had more than eight million visitors between August and November—and saw the highest traffic in its history on election day 2020, with more than 350,000 site visits and nearly 600,000 gameplays.

But 2020 presented other unique challenges. During the first six months of the COVID-19 pandemic, we saw a 120 percent increase in teacher usage as both teachers and families relied on resources that iCivics created for use at home. And with social and political crises, more and more teachers turned to iCivics to help inform their students and facilitate difficult conversations within their classrooms.

Our longstanding relationship with Amazon Web Services (AWS) made dealing with this surge—and our expansion in recent years—possible. iCivics has been working with AWS since 2013. But in 2020, we moved all of our content delivery—more than 200 resources and growing—from MaxCDN to Amazon CloudFront. In preparation for the high traffic, we increased our capacity in three areas: compute, memory cache, and database. We implemented AWS Auto Scaling so the capacity increased automatically during the busiest times of the day. We also carefully monitored the use of the memory cache and optimized our implementation for the highest performance.

Through our use of Amazon Aurora, Amazon ElastiCache, Amazon CloudFront, and AWS CodeDeploy—and AWS security automation tools including AWS Security Hub, Amazon Inspector, and Amazon GuardDuty—iCivics has become a more mature and effective organization. This will have a direct impact on how iCivics scales and will benefit student engagement and achievement.

Civic education is more important than ever

As we move into 2021, the importance of civic education has never been more clear. Teachers are striving to help their students understand what is happening in this country, why, and how. iCivics has dozens of resources, such as our Peaceful Transfer of Power Infographic to help.

We are also continuing to offer lesson plans and games to teachers to teach about the Executive Branch. After the new administration and Congress members take office, students can continue to learn about what these newly elected officials, federal or local will do, what their responsibilities are, and how to hold them accountable to their campaign promises through lesson plans such as The First 100 Days, Cabinet Building, The Presidential Agenda, and Vice President. Games such as Executive Command, Branches of Power, and LawCraft are designed to help continue the learning—and the engagement—beyond the election.

Learn more about iCivics, and check out this interview with iCivics: