“The whole idea to bring theatrical performance to large audiences started in summer 2019,” says Dénes Csiszár, CTO of eTheater. “But the real push came with the first pandemic lockdown, in early 2020. We started to look for a reliable and scalable cloud platform that was able to accommodate our unpredictable and rapidly growing demands of theater performance viewers.”

“When we put the solution into production, we were surprised how AWS Lambda was able to scale instantly and quickly without any interruption. We never expected such high interest from the viewers,” comments Dénes Csiszár. “At certain moment we had to introduce queuing solution with Amazon SQS into our architecture to avoid overloading infrastructure of our providers.” 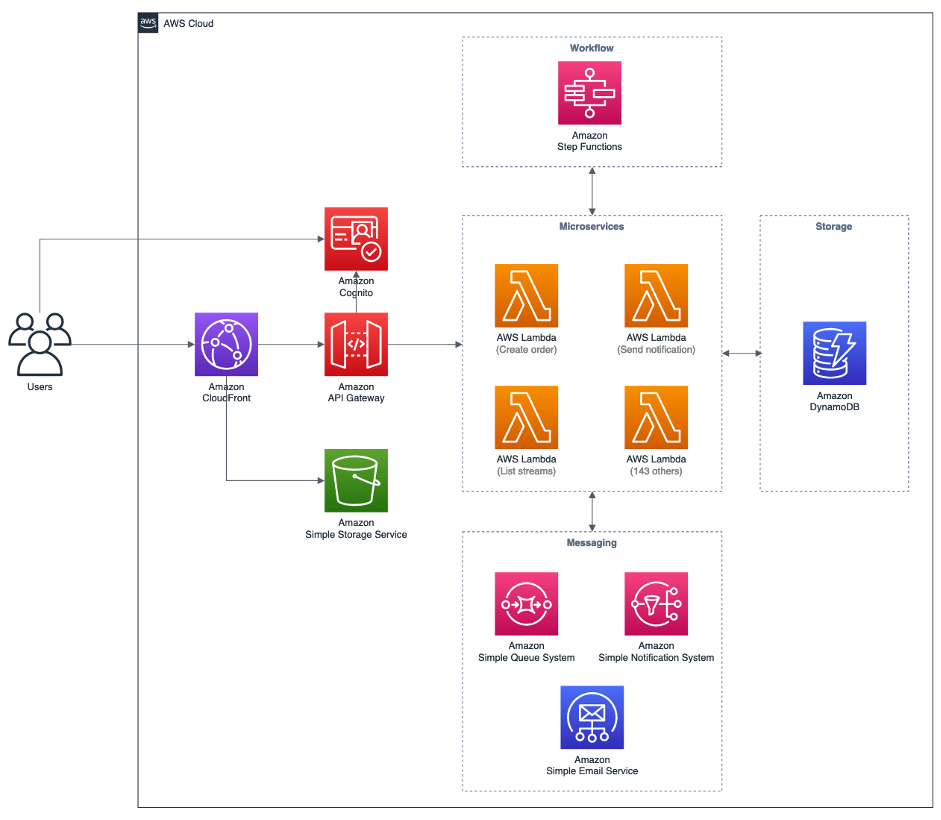 eTheater currently offers live streams and recorded plays from the largest Hungarian theaters and music concert halls. One third of the audience comes from Hungarian countryside, another third from abroad, and only the last third from the capital city – Budapest, where most of the theaters are located. Providing theatrical performance via the online platform allows viewers to see plays they would have had to travel hundreds of kilometers for.

The  first stream had only 15% people viewing from mobile devices, but that has grown to more than 50% in the first three months of operation, showing how important it is to be able to provide the content to any device. Along with the ability to view anywhere, the virtual format also allows viewers to watch from more angles than ever before. The protagonists have body cameras streaming the performance, so visitors can see the play from actor’s view on-stage.

“With streaming of the live performance, we easily overcame limitations of the auditorium’s seats. For theaters that have capacity for 280 visitors, we easily streamed to twice as large audience,” says Dénes Csiszár. “The greatest play so far had more than 10,000 concurrent visitors. Online streaming is a real savior for the theatres and actors that are under financial pressure due to pandemic lockdown. As we are nonprofit organization, all the money that comes from selling the tickets – after we deduct costs for streaming – we give back to the theatres.”

eTheater is now expanding to cover more theaters and concert halls in Hungary and Romania. eTheater also plans to bring its viewer to new theatrical formats such as horse and dance theatres. AWS will continue to be an essential part of their innovation. “By choosing Amazon serverless technologies, we can easily adapt to any requirement and any workload, from small concerts with a dozen viewers, to large mega-productions with tens of thousands as virtual audience,” comments Dénes Csiszár, CTO of eSzinház company.