Powered by AWS: Kids code the future during annual Hour of Code

Organized by code.org, the annual Hour of Code takes place during Computer Sciences Week in December, when tens of millions of students in more than 180 countries are given a one-hour introduction to computer science and computer programming. You don’t have to be an Amazon employee or a software engineer to host an event or participate; anyone can organize an Hour of Code event or try any of the one-hour tutorials available in more than 45 languages. This includes Hour of Code: Dance Party and Scratch activities that AWS helped create and sponsor.

Amazon is committed to inspiring students to participate in science, technology, engineering, and math (STEM) education and preparing them for careers through programs such as AWS Educate (Amazon’s global initiative for students to build skills in cloud technology) and Amazon Future Engineer.

The Hour of Code is powered by AWS. AWS helps code.org address scale and security during the annual Hour of Code, when the organization experiences a ten-fold increase in traffic Additionally, AWS and Amazon support the Hour of Code by organizing volunteers around the world and helping build Hour of Code games and curriculum.

Here is what AWS employees had to say about their Hour of Code experience:

“A team of Amazonians joined forces across two Dallas middle schools to facilitate Hour of Code for a total of 65 students. At both campuses, the teachers, students, and principals were thrilled to work alongside Amazonians to teach students about code, and requested to collaborate on future campus tech and coding events to expand the experience to other students. The computer science teacher at one school told us, ‘Your visit definitely made a long lasting, effective, and beneficial impression on our students.’

For me, the student’s interest in learning more about the ‘how’ behind the movements on their computer screen during the ‘Dance Party’ game affirmed for me the importance of exposure. I knew this small investment of my time would leave a lasting impression and potentially inspire future engineers.”

“This was one of the most rewarding experiences I’ve had at AWS. The time interacting with the children helped them forgets their difficult (health) situation for a moment and totally engage in the activity in a joyful way.”

“During our Hour of Code, we used the Dance Party game – which Amazon helped build an expansion of this year – that had an expanded hit song list, new characters, and effects. When we were done, the looks on students’ faces when receiving their certificates were priceless. They felt so proud having spent the hour learning about coding and imagining a future in engineering. We had an excellent, memorable time and can’t wait to return for next December’s Hour of Code.” 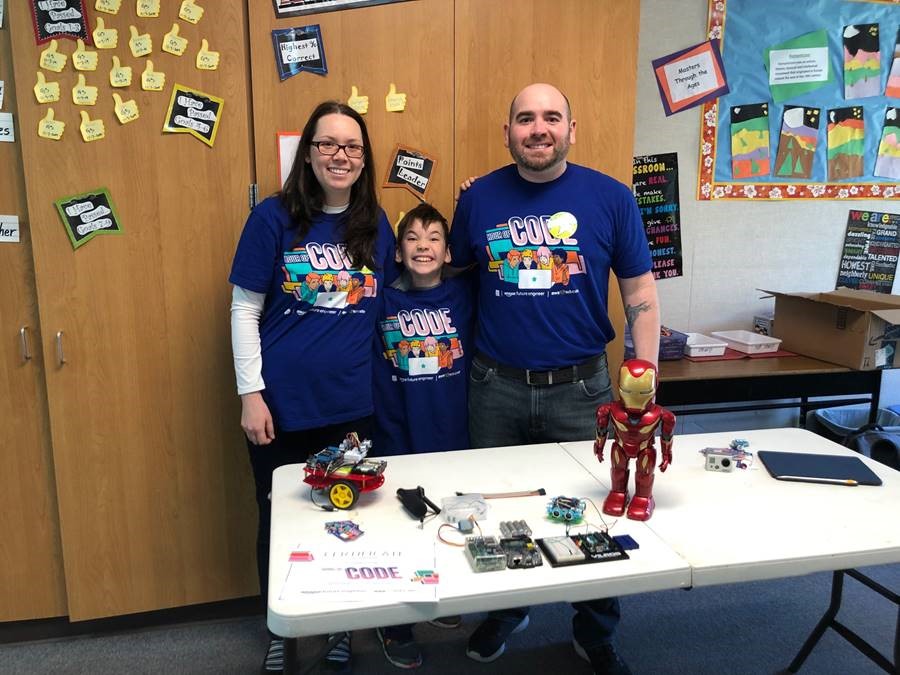 “Instead of doing an Hour of Code game, I brought in Kevin, a simple self-driving car for the kids to see, touch, and learn how they could make their very own. What made this different from the traditional Hour of Code, is helping the students connect the dots between code, and the real world. After talking about how things they love are built, I passed around some electronic components for them to touch and feel. After demonstrating Kevin in action, they saw how their code gets uploaded to a real microcontroller.” 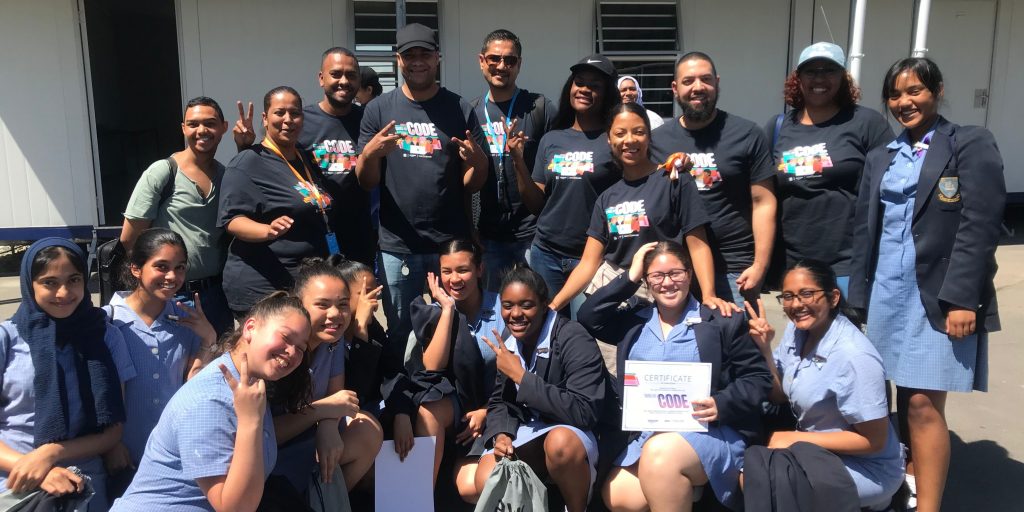 “It has been thrilling to spread this to a larger audience than past years, and see the increase in participation and enthusiasm of the learners. Witnessing the kids adapt to something new and be so intrigued by technology has been a life changing experience.”