Autodesk is a leader in 3D design, engineering, and entertainment software. Autodesk makes software for people who make things. If you’ve ever driven a high-performance car, admired a towering skyscraper, used a smartphone, or watched a great film, chances are you’ve experienced what millions of Autodesk customers are doing with their software.

We start off by reviewing the migration path for the Autodesk Access Control Management (ACM) application, which was born in the cloud. We chose Amazon RDS for MySQL at onset and migrated to Aurora for improved scalability, availability, and performance. ACM’s success with the migration motivated several other applications at Autodesk to migrate to Aurora. We discuss BIM 360 Field Classic as a leading example of migrating self-managed MySQL database hosted on EC2 to Amazon Aurora. 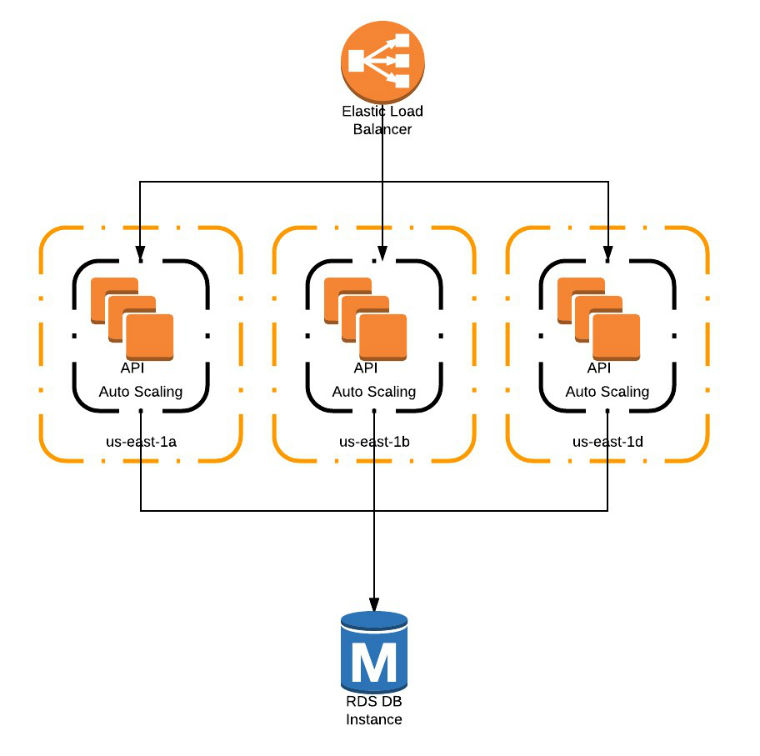 Short of rearchitecting ACM by splitting the data across multiple MySQL databases, Autodesk had to throttle the application to limit the load directed at the database to minimize the replication lag. This approach was not sustainable because ACM adoption was severely curtailed by the limits imposed. This effect led Autodesk to evaluate alternatives, such as Amazon Aurora.

Amazon Aurora to the rescue

Some of the key priorities as Autodesk started evaluating Aurora were these:

Aurora provides up to five times the throughput of standard MySQL databases. This performance boost meant Autodesk could remove throttling restrictions introduced with MySQL without altering the application and still have enough headroom for future growth. The distributed, fault-tolerant, self-healing storage system that Aurora provides automatically scales up to 64 terabytes and eliminates the need to scale database storage manually. Up to 15 low-latency Aurora Replicas improve availability and enable read scaling with typical replication lags under 100 milliseconds. 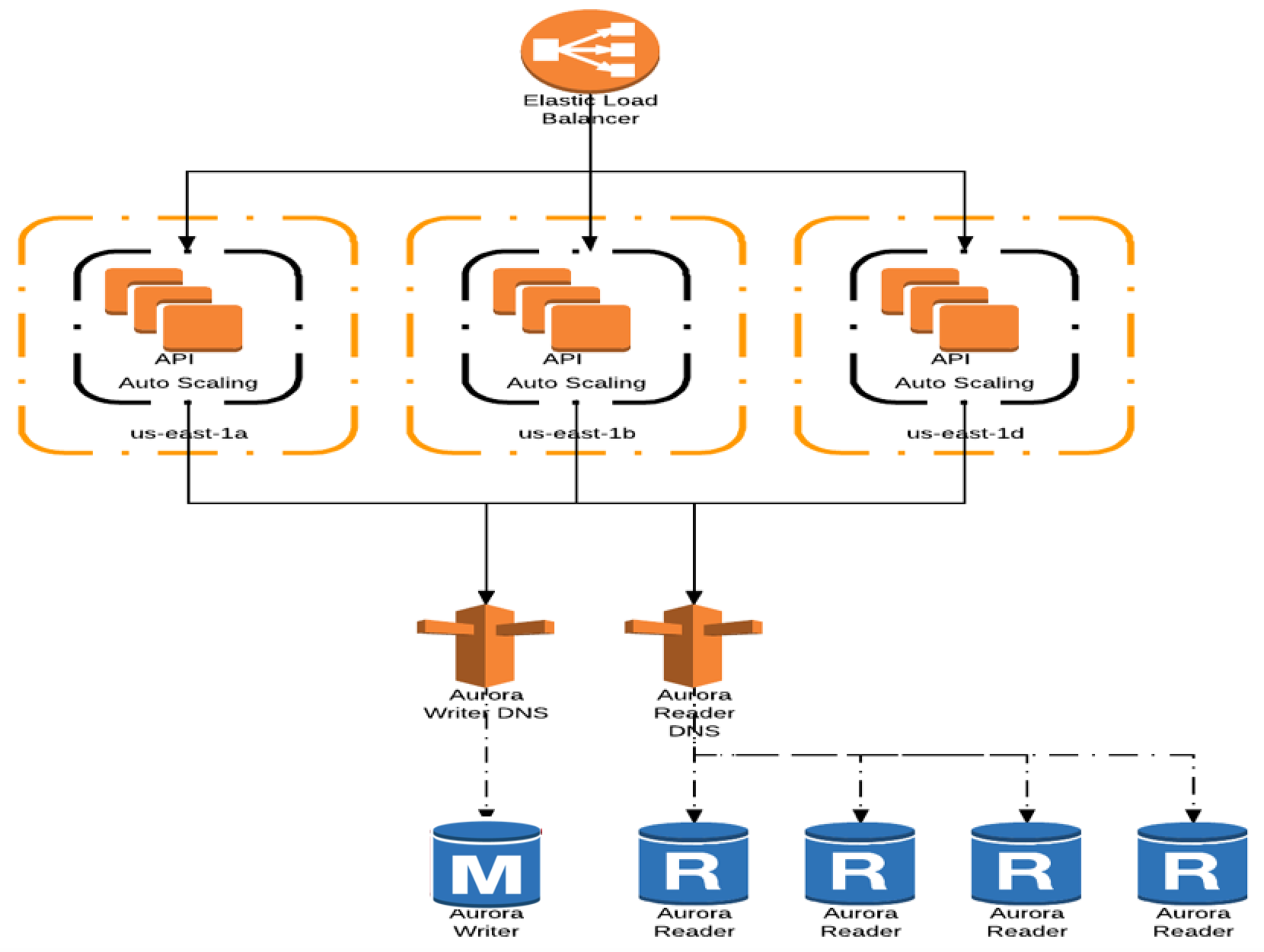 In this architecture, the Aurora cluster includes one writer instance and up to four Aurora Replicas. Aurora Auto Scaling was enabled to automatically adjust the number of Aurora Replicas based on CPU utilization.

The performance of the database surpassed expectations after migration to Aurora. Autodesk observed a 20x improvement in application scalability, application response time was improved by 2x, and Aurora could support 7x more database connections. The highlight of the migration was the 10x reduction in CPU utilization on a similar-sized database instance, leaving enough headroom for the database to grow as ACM scales. We have captured a few comparative charts between MySQL and Amazon Aurora before and after migration that underscore these improvements.

Autodesk achieved 10x reduction in CPU utilization, from peaks reaching 100% with MySQL to less than 10% with Amazon Aurora. The following charts show the before and after CPU utilization. 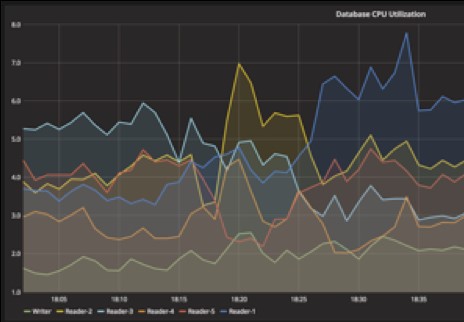 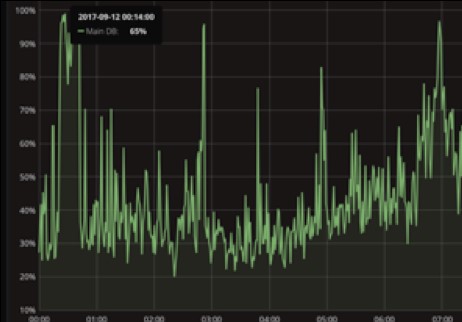 The following charts show the before and after application response times. 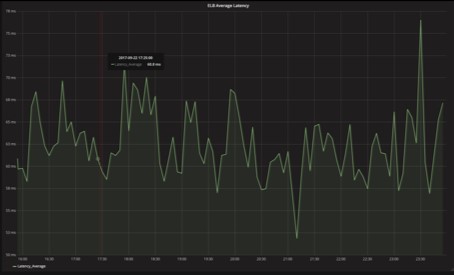 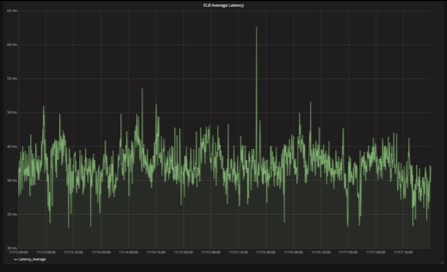 Let’s dive deeper into the migration process and lessons learned.

Autodesk engaged AWS Professional Service to support the migration to Amazon Aurora. Following is a summary of all considerations and best practices categorized by five pillars of the AWS Well-Architected framework:

We set up the Aurora cluster in the Amazon VPC service and configured security groups to isolate access to the Aurora cluster. Encryption was enabled in Aurora to secure data at rest. When encryption is enabled on Aurora, backups and snapshots are encrypted automatically. Additionally, we configured the application to use Secure Socket Layer (SSL) connection with Aurora instances.

Due to the uncertainty of the application load on the new environment, we decided to over-provision the Aurora cluster with four r3.8xlarge Aurora Replicas. After successful migration, we continued to monitor the database performance and utilization using CloudWatch metrics. When we had adequate confidence in the new system’s stability, we used the collected metrics to right-size the environment. As part of this, we configured Aurora based on CPU utilization to optimize utilization for Aurora Replicas. Today, depending on workload, our Aurora cluster consists of one primary instance and can scale up to four Aurora Replica instances.

With the successful Autodesk ACM database migration and the significant performance improvements post-migration, Autodesk has started to adopt Amazon Aurora across multiple applications. The migration work carried out by the BIM 360 Field team is a great example of a migrating a self-managed MySQL database to Amazon Aurora.

Following the success of the ACM migration, Autodesk engaged AWS Professional Services to perform another migration. In this, we migrated a self-managed six-node MySQL setup hosted on Amazon EC2 for the BIM 360 Field Classic application to Amazon Aurora. The MySQL setup had one master writer and five read replicas. We evaluated the BIM 360 Field environment with the following findings:

Although this configuration worked for BIM 360 Field Classic, Autodesk still had to manage a wide area from the EC2 instance-level backup to the database backups. As part of that, it was important to ensure high availability of the database and implement failover application disaster recovery strategies. Similarly, Autodesk needed to manage application code to load balance queries and to maintain data integrity for logical binlog replication. Although these operations are feasible, they don’t scale well and require considerable resources and planning. We automated and simplified high availability, failover, and load balancing mechanisms by migrating to Amazon Aurora, which supports these capabilities out of the box.

We evaluated different migration approaches from the Amazon Aurora Migration Handbook and chose the logical backup approach using the open-source tool Mydumper for this migration. Migrations are sped up by parallelizing the overall data transfer process with the r4.16xlarge instances.

To further optimize the cost and to meet the additional requirements of several Autodesk applications, we did the following:

“ACM database is approximately one terabyte in size, with a few tables going beyond a billion rows. We get up to 25 to 30 thousand requests per minute during our peak hours,” said Krishna Kumar, senior engineering manager at Autodesk. “We are building a strategy to handle 100X growth for our applications. We definitely see Aurora as a big part of the ACM roadmap and feel Aurora can buy us capabilities to solve these scaling challenges.”

ACM’s successful migration to Aurora gave overall direction to multiple Autodesk teams to use the higher performance, scalability, and availability of Aurora. Autodesk formalized a migration strategy to Aurora and is actively working on moving multiple application stacks to start using Aurora, with BIM 360 Field Classic as the most recent example.

Piyush Patel is a senior big data consultant at AWS Professional Services. He works with customers to provide guidance and technical assistance about big data and analytics projects, helping them improving the value of their solutions when using AWS.

Akm Raziul Islam is a consultant with a focus on Database and Analytics at Amazon Web Services. He works with customers to provide guidance and technical assistance about various database and analytical projects, helping them improving the value of their solutions when using AWS.

Chayan Biswas is a product manager at Amazon Web Services.

Krishna Kumar is senior engineering manager responsible for several of core foundational cloud services at Autodesk. He has built and led teams on multiple technology and domain fronts over the years. He is passionate about building highly scalable applications with dependable stability and performance.