Just about every weekend between February and November, NASCAR thrills U.S. motorsports enthusiasts with some of the highest-horsepower racing action around. The sights, sounds, smells, and experiences of U.S. stock car racing are unlike any other: race cars reaching nearly 200 miles per hour (322 km/h); engines revving past 9,000 rpm; exceeding three G-forces in the turns. Elite drivers’ skills and emotions—and the crew chief geniuses making late-pit-stop strategy decisions to keep the professional drivers on course to win. Pit crews who move with the speed and precision of professional athletes. And the millions of passionate race fans cheering on their favorite drivers and crews at the track and on an ever-increasing variety of smart devices and mobile phones.

Over the past 70-plus years, NASCAR has become the most popular motorsport in the U.S. Also counting racing enthusiasts abroad among its fan base, NASCAR events are broadcast in more than 185 countries and territories. Before 1979, fans watched race day action on television and had to content themselves with 15- to 30-minute video highlight packages on sports programs from the big U.S. networks. In 1979, the entire Daytona 500 was broadcast live for the first time ever – and post-race fisticuffs attracted passionate fans across the country. Continually finding new ways for an increasingly large audience of fans to engage NASCAR action online and on mobile devices, the racing association introduced a new digital platform in 2015. Once again, NASCAR pulled ahead: in 2018, the racing circuit reported race-day digital content consumption up 30% year-over-year and digital video views increased nearly 50% in 2018. With fans demanding more immersive race experiences than ever, NASCAR is putting viewers inside the race cars. The NASCAR Drive mobile app lets subscribers slip in the race car alongside the driver to experience every curve of the track, easily access real-time race stats and predictions, and even gain deeper insight into NASCAR history. 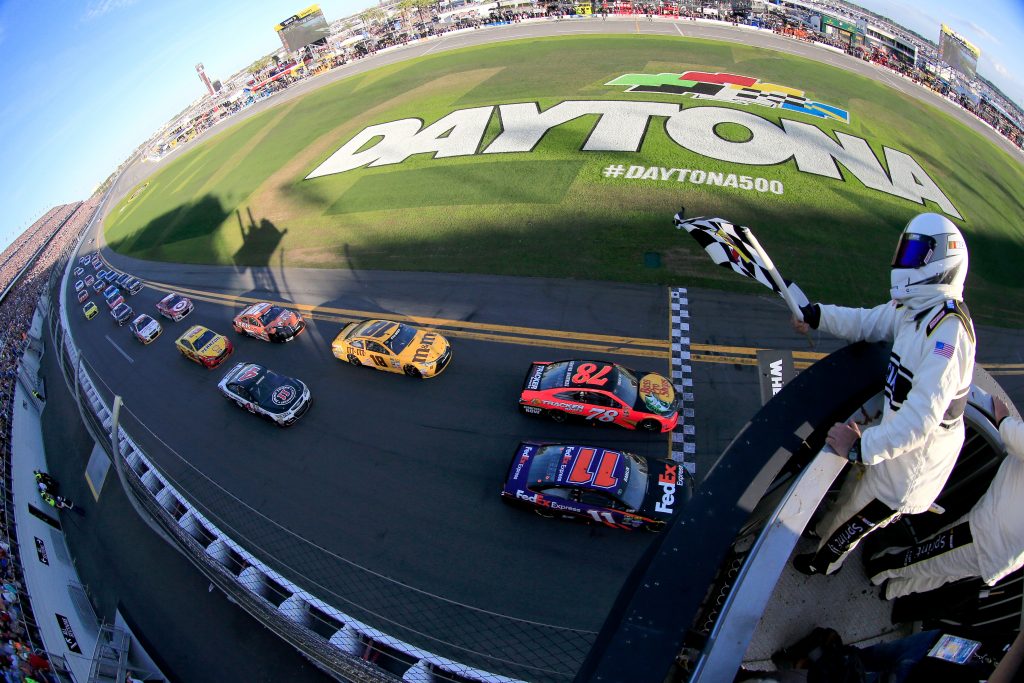 Second-screen experiences are a critical component of consuming live NASCAR content for race fans. For example, the number of unique viewers live streaming FOX coverage of the Daytona 500 to their laptops, tablets, phones, and connected devices increased by more than 50% from 2018, while both FOX and NBC’s streaming numbers for NASCAR coverage have gone up four years in a row. “We give our fans a lot of ways to consume live NASCAR content, such as NASCAR Drive, a 360-camera feed, and communications between drivers and their crew chiefs. We’re also providing on-demand content 24/7 so that NASCAR is at fans’ fingertips when and where they want it,” said Steve Stum, Vice President of Operations and Technical Production, NASCAR.

“Moving into the cloud has been our best decision yet, eliminating a lot of the friction and overhead associated with traditional production and delivery,” said Stum. “We look forward to continue using the technology to push the limits of what’s possible for our second-screen viewing experience and beyond.”