For the first-ever Amazon Web Services (AWS) Public Sector Summit in Mexico City, more than 1,400 people from government, education, and nonprofits registered for the event to discuss digital transformation in Latin America through investment in innovation, infrastructure, and talent. AWS leaders and customers shared their news and success stories with the group. What’d you miss? 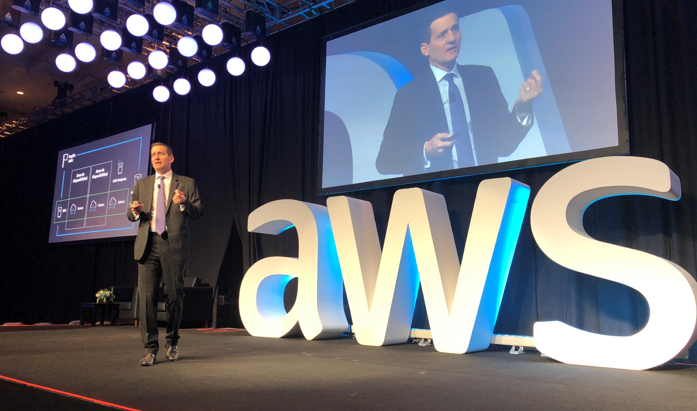 From innovation to security to cost savings, customers are experiencing the benefits of the cloud. Across Latin America, our customers are turning to the cloud to fuel research, accelerate learning, and better deliver citizen services. For example, Chile’s Data Observatory project is using the cloud to bring together disparate datasets to help solve complex challenges, like climate change. Similarly, governments are using AWS to bring better insights into their data to create innovative solutions that help prevent crimes, create transparency, and more.

This spring, AWS and Amazon are moving to a new office in Mexico City to accommodate workforce growth in the country. Amazon opened its first office in Latin America in Costa Rica in 2008 and has since added offices in Brazil, Argentina, Colombia, and Chile, and of course, Mexico.

AWS will also continue to grow physical infrastructure in the Region as well, including data centers.

Last year, AWS collaborated with Universidad Distrital in Colombia to launch AWS DigiGov. This two-day pilot program is designed for government employees to learn about cloud computing and understand the cloud value proposition, use cases, and the different services offered by AWS. In 2020, AWS plans to expand AWS DigiGov to Mexico in May, Chile in June, and Argentina in July.

The AWS Government Executive Education, a three-day education course for senior government officials who want to learn best practices for moving to cloud is also expanding in Latin America. AWS will hold courses in Colombia in April and Mexico in Q2 2020.

AWS is investing to teach the next generation of technologists and inventors in Latin America through programs like AWS Academy and AWS Educate.

All of AWS Educate training modules and AWS Cloud Practitioner Essentials certification are available in Spanish and Portuguese. In addition to the complimentary online courses, instructor-led training is available in 14 countries in Latin America.

Additionally, we designed the AWS Educate Cloud Ambassador Program to give selected educators a chance to share their knowledge and experience in teaching cloud computing with other educators at their institutions, in their communities, and around the world. We are accepting applications now until March 13 for educators in this program. 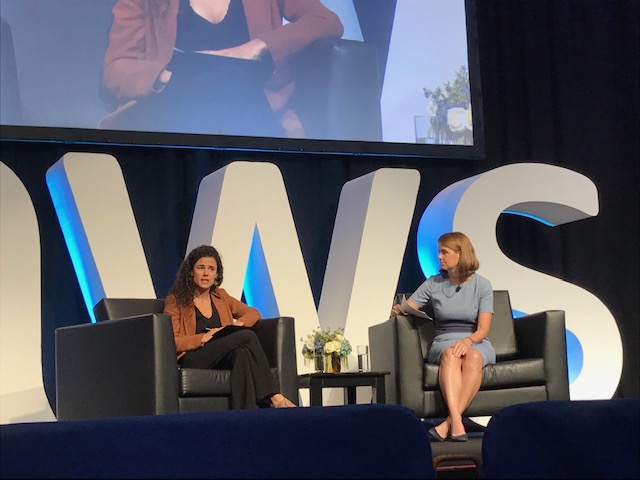 Customer innovation can drive transformation across industries, workforces, and entire economies. One such opportunity is a collaboration between AWS and the Government of Mexico. Jovenes Construyendo el Futuro (Youth Building the Future) is a program that seeks to help thousands of young people between the ages of 18 and 29 access training and work.

This group represents a quarter of the Mexican population, and half of them live in poverty. Luisa María Alcalde Luján, Mexico’s Secretary of Labor, joined to discuss the importance of economic development in Mexico.

To help with stability during the critical 2018 election year, the Instituto Nacional Electoral (INE) used AWS and Amazon CloudWatch. Jorge Humberto Torres Atuñano, General Coordinator of Information Technology (IT) Services for INE, shared how INE used AWS to achieve their goal to accurately publish preliminary results for the election—an important part of the organization’s mission and essential for earning the trust of citizens and increasing voter engagement by making information public quickly.

AWS exceeds all of the Mexico government’s privacy rules and regulations.

The largest private university in Mexico uses AWS to fuel its data insights. Founded in 1943, Tecnológico de Monterrey is a private, nonprofit, independent institution with over 20 campuses across Mexico.

AWS will join with Tecnológico de Monterrey to provide its students, teachers, and staff with access to AWS Educate and AWS Academy for AWS training, curriculum, and AWS Promotional Credit.