Worldwide, millions of customers are actively using AWS to build applications for every imaginable use case, with a variety of regions in which they can deploy infrastructure. An AWS Region is a physical location where AWS clusters data centers and operates regional services, like AWS Elastic Compute Cloud (EC2) and Amazon Simple Storage Service (S3). In the specific case of online applications, user traffic may traverse multiple public networks to reach an AWS customer’s regional infrastructure. Customers who want to address the drawbacks of traversing uncontrolled networks in terms of performance and reliability should consider adding AWS edge services to their architectures.

AWS edge services like Amazon CloudFront and AWS Global Accelerator, operate across hundreds of worldwide distributed Points of Presence (PoPs) outside of AWS Regions. Users are served from these PoPs within 20 to 30 milliseconds on average, and, when needed, their traffic is carried back to customers’ regional infrastructure over the AWS global network instead of going over the public internet. The AWS Global Infrastructure is a purpose-built, highly available, and low-latency private infrastructure built on a global, fully redundant, metro fiber network that is linked via terrestrial and trans-oceanic cables across the world. 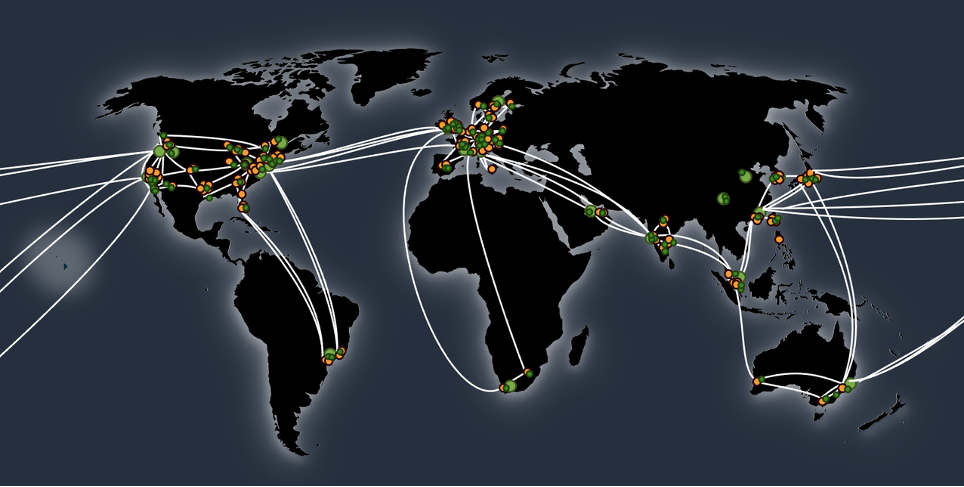 Figure 1: A map of the AWS Global Infrastructure network

In this blog, I explain how online applications can be well-architected using CloudFront and Global Accelerator.

Amazon CloudFront is Amazon’s Content Delivery Network (CDN). To use this service, customers create a CloudFront distribution, configure their origin (any origin that has a publicly accessible domain name), attach a valid TLS certificate using Amazon Certificate Manager, and then configure their authoritative DNS server to point their web application’s domain name to the distribution’s generated domain name. During the DNS resolution phase, when users navigate to the web application, the HTTP(S) request is dynamically routed to the best CloudFront PoP in terms of latency and availability. Once the PoP is selected, the user terminates the TCP connection, including the TLS handshake, on one of the PoP’s servers, and then sends the HTTP request. If the content is cached in one of the cache layers of CloudFront, the request will be fulfilled locally by CloudFront. Otherwise, the request is forwarded to the origin. To learn more about these steps, watch A Few Milliseconds in the Life of an HTTP Request.

In general, users interact with web applications using HTTP(S), which makes CloudFront the recommended component in the architecture. Typically, customers use CloudFront in use cases such as: 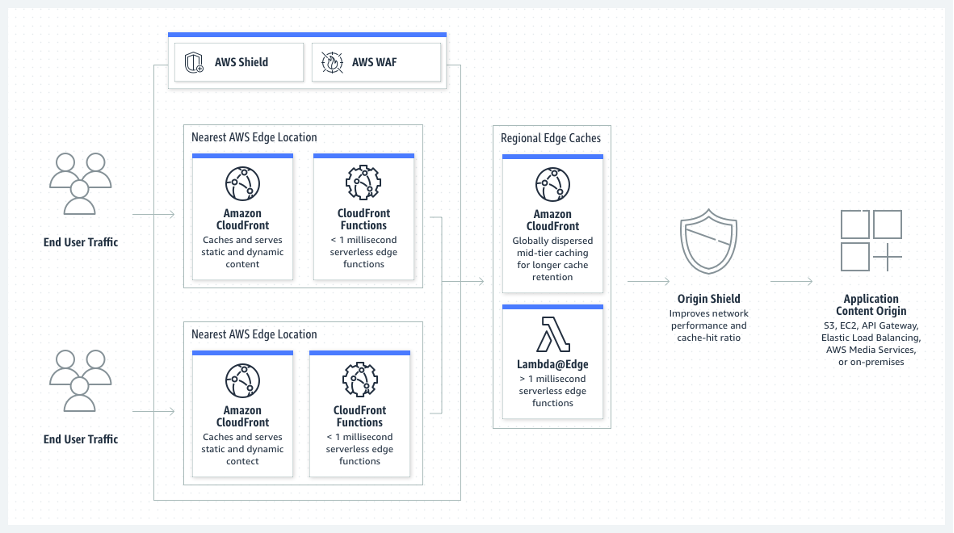 Figure 2: An example of CloudFront deployment

In the following paragraphs, you will learn more about how CloudFront improves the security, reliability, and performance of web applications. CloudFront also allows you to optimize your egress traffic costs. In fact, the pricing model for CloudFront is primarily based on the number of HTTP(S) requests and bytes served from PoPs. When the origin is hosted on AWS, those charges replace Data Transfer Out charges that would otherwise apply to the origin.

On their side of the shared responsibility model, customers can implement controls in CloudFront to enhance their security posture. For example, you can configure access control using signed URLs, or associate a WebACL from AWS Web Application Firewall (AWS WAF). When used with CloudFront, AWS WAF rules are enforced in CloudFront PoPs, which allows HTTP(S) inspection at the scale of millions of requests per second. You can find in-depth information about CloudFront’s security controls in this whitepaper.

CloudFront measures the internet in real time to route requests to the best available PoP and avoid potential issues, such as internet congestion. You can also leverage CloudFront to increase the resiliency of your web applications in the event of an origin failure. For example, customers can configure caching, origin failover, and custom error pages for graceful failover. More sophisticated origin failover can be achieved in combination with Amazon Route 53 or AWS Lambda@Edge.

Since CloudFront processes HTTP(S) requests in distributed PoPs, the performance of web applications is enhanced thanks to the following:

To use this service, you create an accelerator, which provides two global static anycast IPv4 addresses that act as a fixed entry point to your application. With Global Accelerator, you can have multiple application endpoints present in single or multiple AWS Regions but they can all be accessed by the same anycast IP address. You then configure your authoritative DNS server to point your web application’s domain name to the accelerator’s dedicated static IPs. These anycast IPs are announced across all Global Accelerator PoPs to route user traffic to the nearest PoP, and then forward them to the regional endpoint over the AWS global network. You can either use the IP addresses that are allocated by default or choose to Bring Your Own IP (BYOIP) range for address assignments by accelerators in your account. To learn more about Global Accelerator, I recommend watching How AWS Global Accelerator improves performance, a talk from re:Invent 2020. 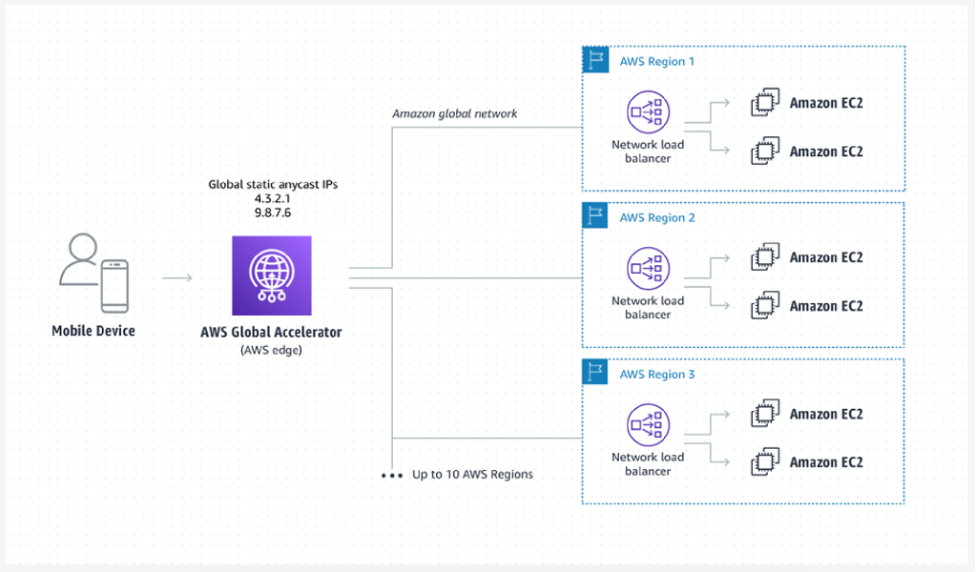 In the following paragraphs, you will learn more about how Global Accelerator improves the security, reliability, and performance of your user-facing applications.

In addition to increasing the resiliency of applications against layer 3 and layer 4 DDoS attacks, Global Accelerator only accepts traffic on configured listeners, which allows you to reduce the attack surface at the edge. Moreover, Global Accelerator doesn’t require exposing your applications built on Application Load Balancers and EC2 instances directly to the internet. This also allows customers to obfuscate their origin from being directly attacked by keeping them in a private subnet in their VPC.

Global Accelerator also provides a traffic management feature that propagates configuration changes to all edge PoPs within seconds. Health checks are run from each edge PoP to every availability zone and Region, monitoring the health status of endpoints. Any changes in endpoint health are detected within seconds. This allows customers to implement highly available, multi-Region architectures with fast failover capability without any dependency on DNS.

Customers use Amazon CloudFront for most HTTP(S) based Web applications. AWS Global Accelerator should be considered by customers for HTTP(S) workloads in the following common scenarios:

In this blog post, we explained how you can use CloudFront and Global Accelerator to improve your online application across three pillars of the AWS Well-Architected framework: Security, Reliability, and Performance. AWS shows the same considerations when designing their services. For example, the Edge Optimized Endpoint of Amazon API Gateway is integrated with CloudFront to accelerate dynamic APIs, and AWS Amplify Hosting uses CloudFront behind the scenes to cache static and server side rendered web applications. This is also seen in AWS Site to Site VPN, which provides an acceleration option through Global Accelerator to improve the performance of VPN tunnels. A third example is Amazon S3 Multi-Region Access Points, an Amazon S3 feature powered by Global Accelerator that allows you to define Amazon S3 endpoints that span buckets in multiple AWS Regions.

Finally, CloudFront and Global Accelerator are illustrations of the breadth of services offered by AWS. We are committed to providing a range of options to our customers instead of a one-size-fits-all solution. Please consider well-architecting your online applications using these AWS edge services to maximize performance, security, and availability of your applications.