AWS launched a Local Zone in Los Angeles (LA), California, in late 2019 at re:Invent. Since the launch, we have seen a lot of interest from you, and have worked to bring additional features and services based on your feedback. 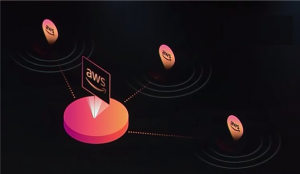 Today, there are a significant number of applications that can run in the AWS Cloud. Most applications work well in our Regions. However, for workloads that require low-latency or local data processing, you need us to bring AWS infrastructure closer to you. Without local AWS presence, you have to procure, operate, and maintain IT infrastructure in your own data center or colocation facility for such workloads. And, you end up building and running such application components with a different set of APIs and tools than the other parts of your applications running in the AWS Cloud. This results in a lot of extra effort and expenses.

And that’s why, based on your feedback, we launched AWS Local Zones, a new type of AWS infrastructure deployment that places compute, storage, and other select services closer to large cities. We designed Local Zones as a powerful construct that extends our existing Regions into new locations. This gives you the ability to run applications on AWS that require single-digit millisecond latencies to your end-users or on-premises installations in the local area. Just like Regions, Local Zones are fully managed and supported by AWS, giving you the elasticity, scalability, and security benefits of running on the AWS. The first Local Zone is generally available in LA, and is an extension of the US West (Oregon) Region (the parent Region).

Like Regions, customers leverage the LA Local Zone for many different use cases. The top customer use cases include:

In the next parts of the blog series, we further dive into these use cases, cover respective best practices, and review architectural guidance for you.

Other parts of AWS, like AWS CloudFormation templates, CloudWatch, IAM resources, and Organizations, will continue to work as expected, providing you a consistent experience. You can also leverage the full suite of services like Amazon S3 in the parent Region, US West (Oregon), over AWS’s private network backbone with ~20–30 milliseconds latency.

Getting started and using the Local Zone

Now that we reviewed some common use cases and services of Local Zones, we want to get you started using the Local Zone. First, enable the LA Local Zone from the new “Zone settings” section of the EC2 console, as shown in the following image: 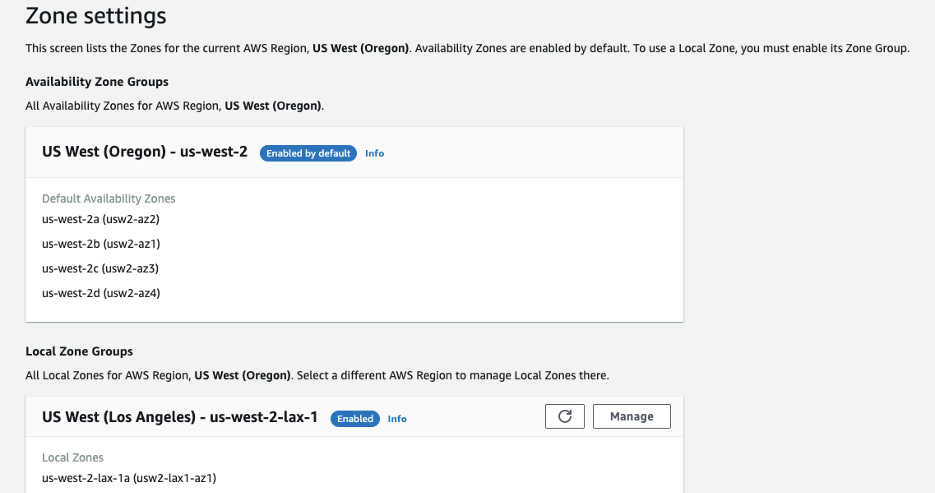 Once enabled, Local Zones looks and behaves similarly to an Availability Zones (AZs).  You can access Local Zones through the parent Region’s console and API endpoints. The following image shows that the LA Local Zone is visible as us-west-2-lax-1a along with other AZs in the EC2 console: 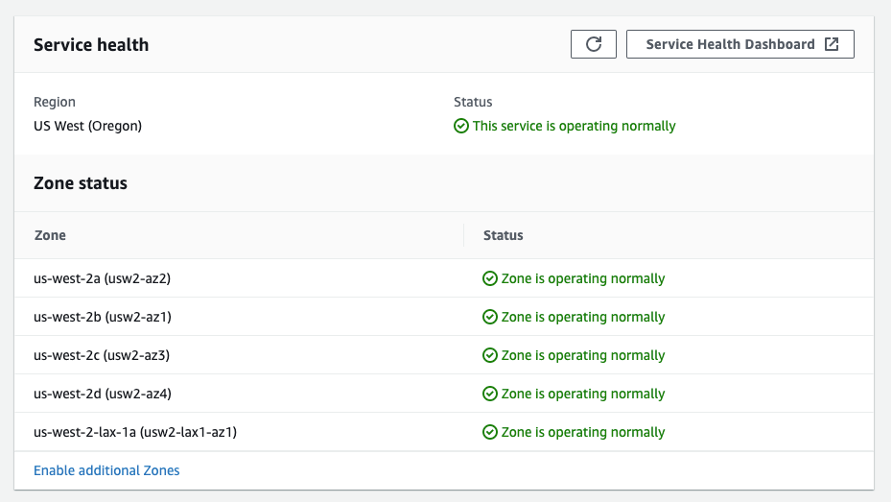 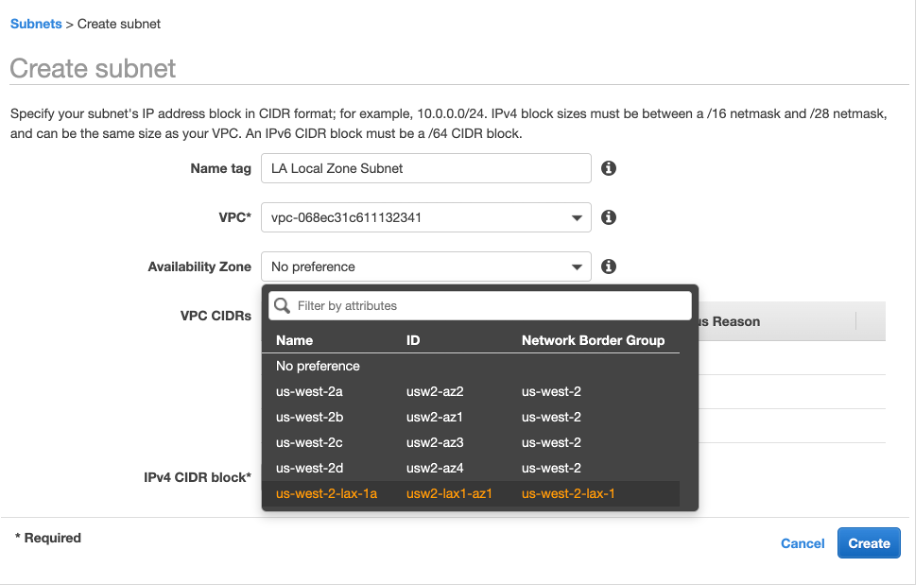 Once a VPC subnet is established for the LA Local Zone, simply select the subnet while creating local resources. For example, you can launch an EC2 instance in the LA Local Zone by selecting the local subnet as the following: 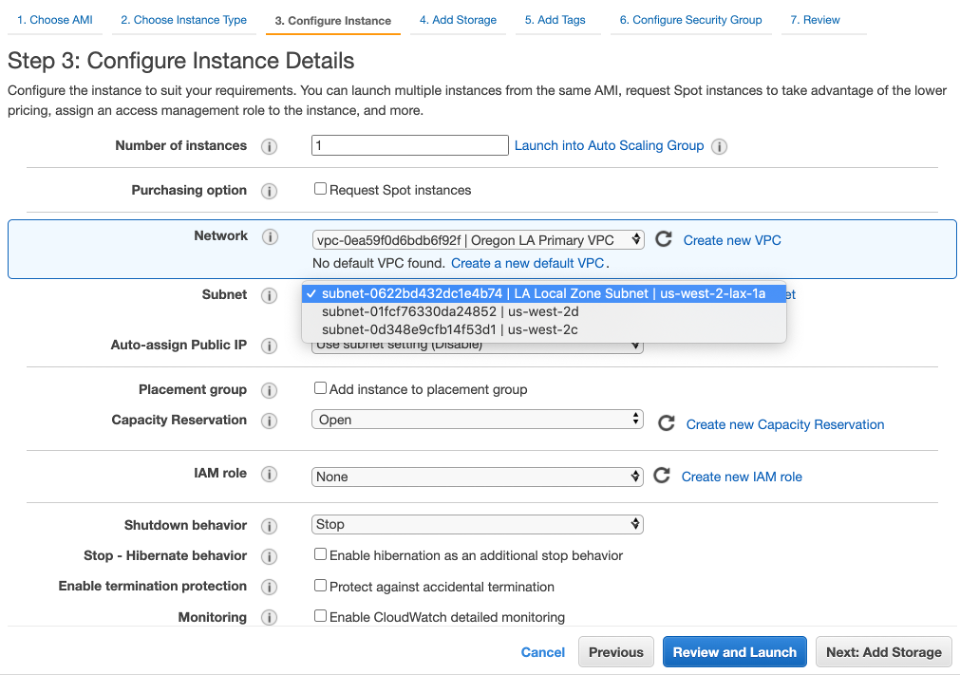 From a pricing perspective, Instances, and other local AWS resources running in a Local Zone have their own prices that might differ from the parent Region. Billing reports include a prefix, “LAX1,” or location name, “US West (Los Angeles),” that is specific to a group of Local Zones in LA. EC2 instances in Local Zones are available in On-Demand and Spot form, and you can also purchase Savings Plans. For pricing information, you can visit the pricing section on the respective services and filter pricing information by choosing the Local Zone location as “US West (Los Angeles)” in the dropdown.

Later this year, AWS plans to open a second Local Zone in LA (us-west-2-lax-1b). The two Local Zones in LA will be interconnected with high-bandwidth, low-latency AWS networking allowing you to architect your low-latency applications for high availability and fault tolerance. Based on your feedback, we are also working on adding Local Zones in other locations along with the availability of the additional services, including Amazon ECS, Amazon Elastic Kubernetes Service, Amazon ElastiCache, Amazon ES, and Amazon Managed Streaming for Apache Kafka.

Now that we provided AWS Local Zones that you requested; we are really looking forward to seeing what all you can do with them. AWS would love to get your advice on locations or additional local services/features or other interesting use cases, so feel free to leave us your comments!